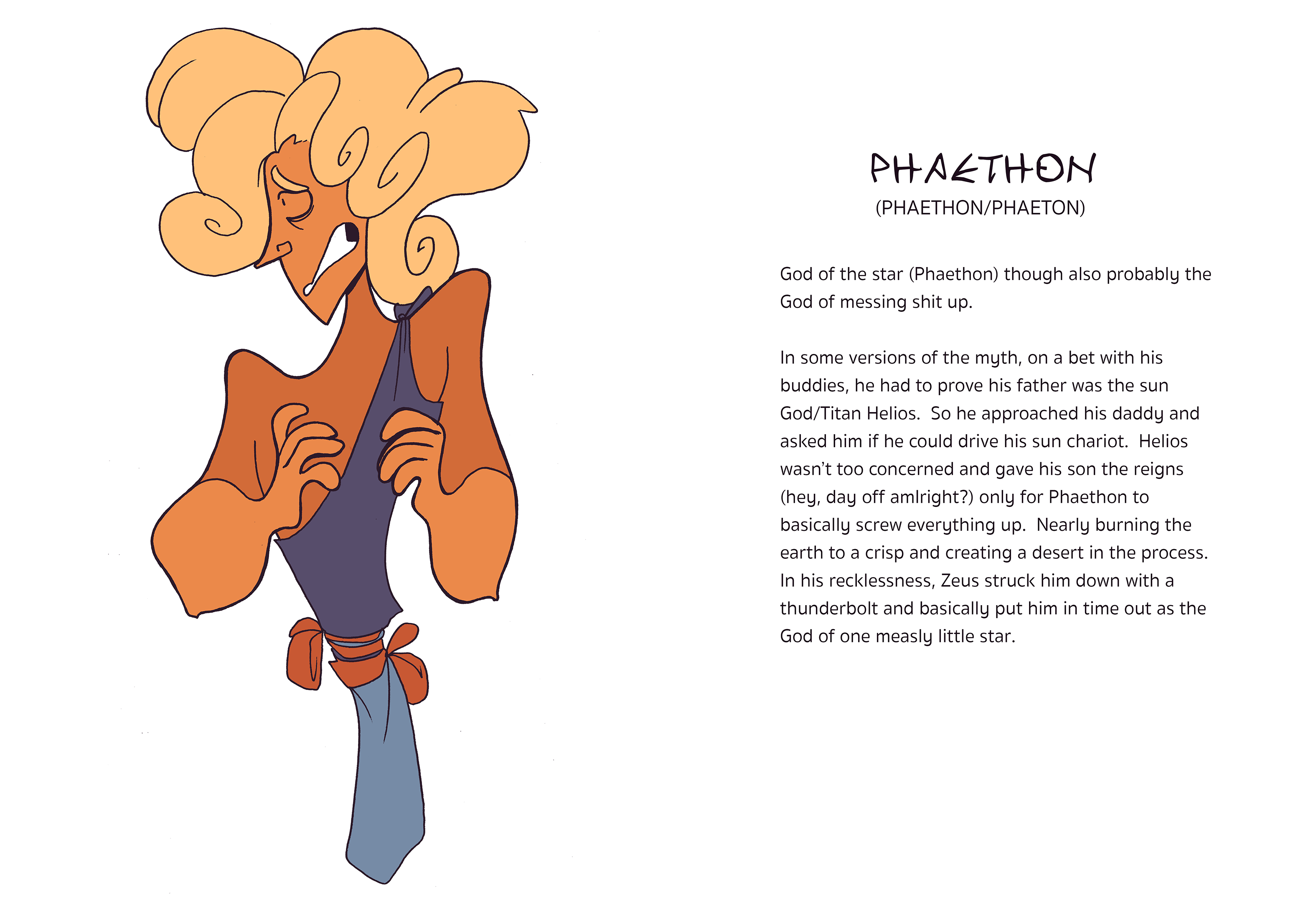 God of the star (Phaethon) though also probably the God of messing shit up.
In some versions of the myth, on a bet with his buddies, he had to prove his father was the sun God/Titan Helios. So he approached his daddy and asked him if he could drive his sun chariot. Helios wasn’t too concerned and gave his son the reigns (hey, day off amIright?) only for Phaethon to basically screw everything up. Nearly burning the earth to a crisp and creating a desert in the process. In his recklessness, Zeus struck him down with a thunderbolt and basically put him in time out as the God of one measly little star.