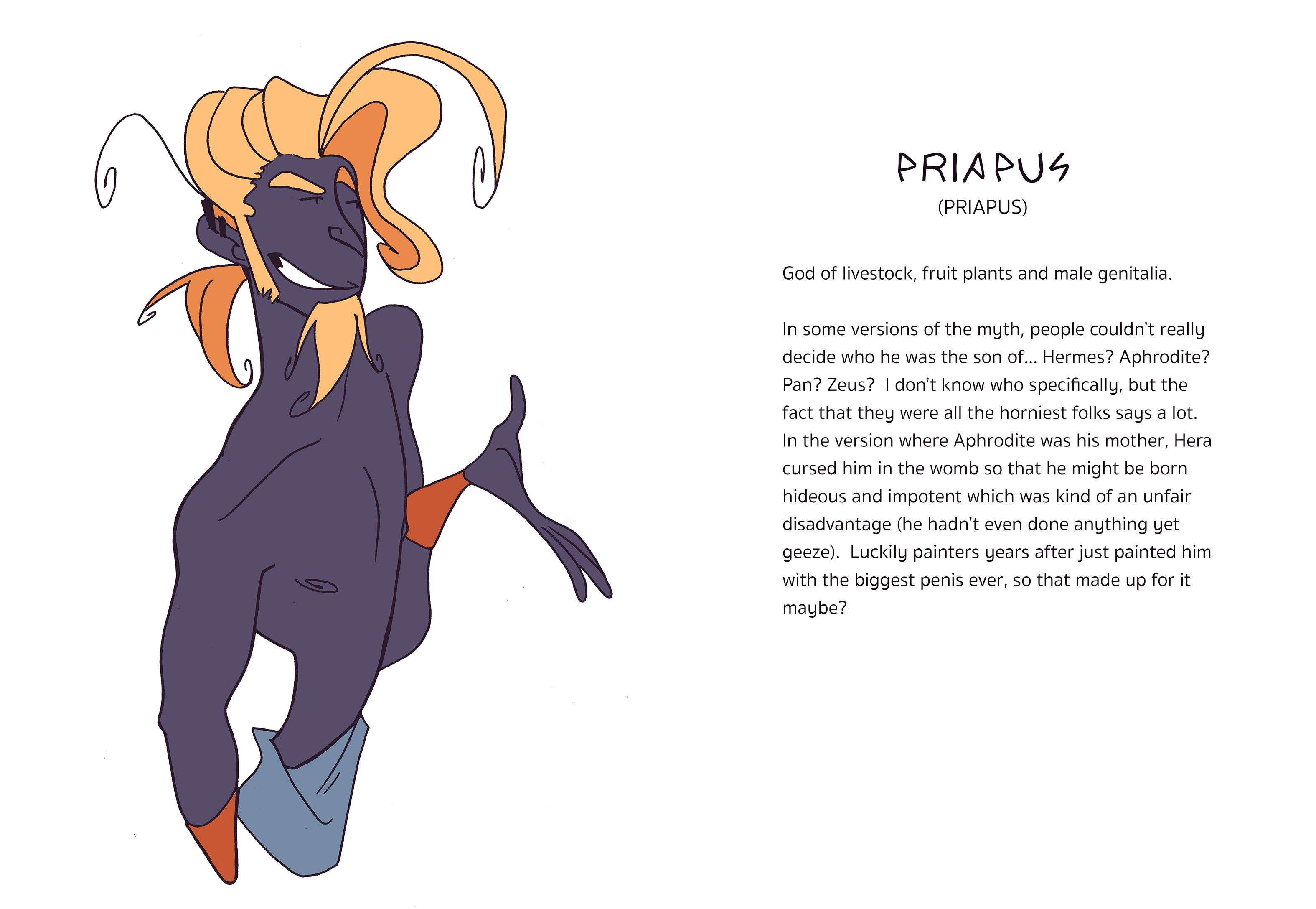 God of livestock, fruit plants and male genitalia.
In some versions of the myth, people couldn’t really decide who he was the son of… Hermes? Aphrodite? Pan? Zeus? I don’t know who specifically, but the fact that they were all the horniest folks says a lot. In the version where Aphrodite was his mother, Hera cursed him in the womb so that he might be born hideous and impotent which was kind of an unfair disadvantage (he hadn’t even done anything yet geeze). Luckily painters years after just painted him with the biggest penis ever, so that made up for it maybe?