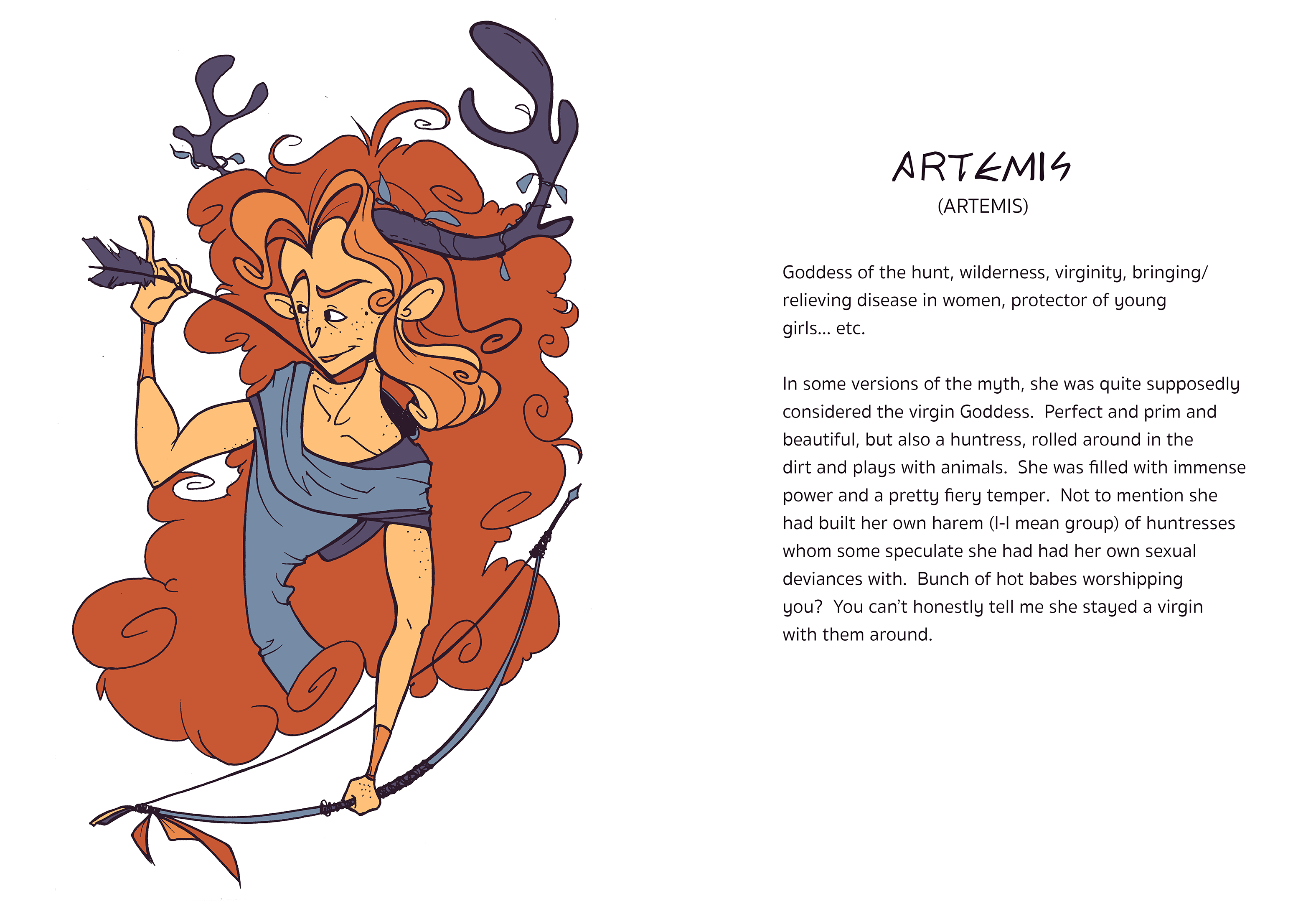 Goddess of the hunt, wilderness, virginity, bringing/relieving disease in women, protector of young girls… etc.
In some versions of the myth, she was quite supposedly considered the virgin Goddess. Perfect and prim and beautiful, but also a huntress, rolled around in the dirt and plays with animals. She was filled with immense power and a pretty fiery temper. Not to mention she had built her own harem (I-I mean group) of huntresses whom some speculate she had had her own sexual deviances with. Bunch of hot babes worshipping you? You can’t honestly tell me she stayed a virgin with them around.