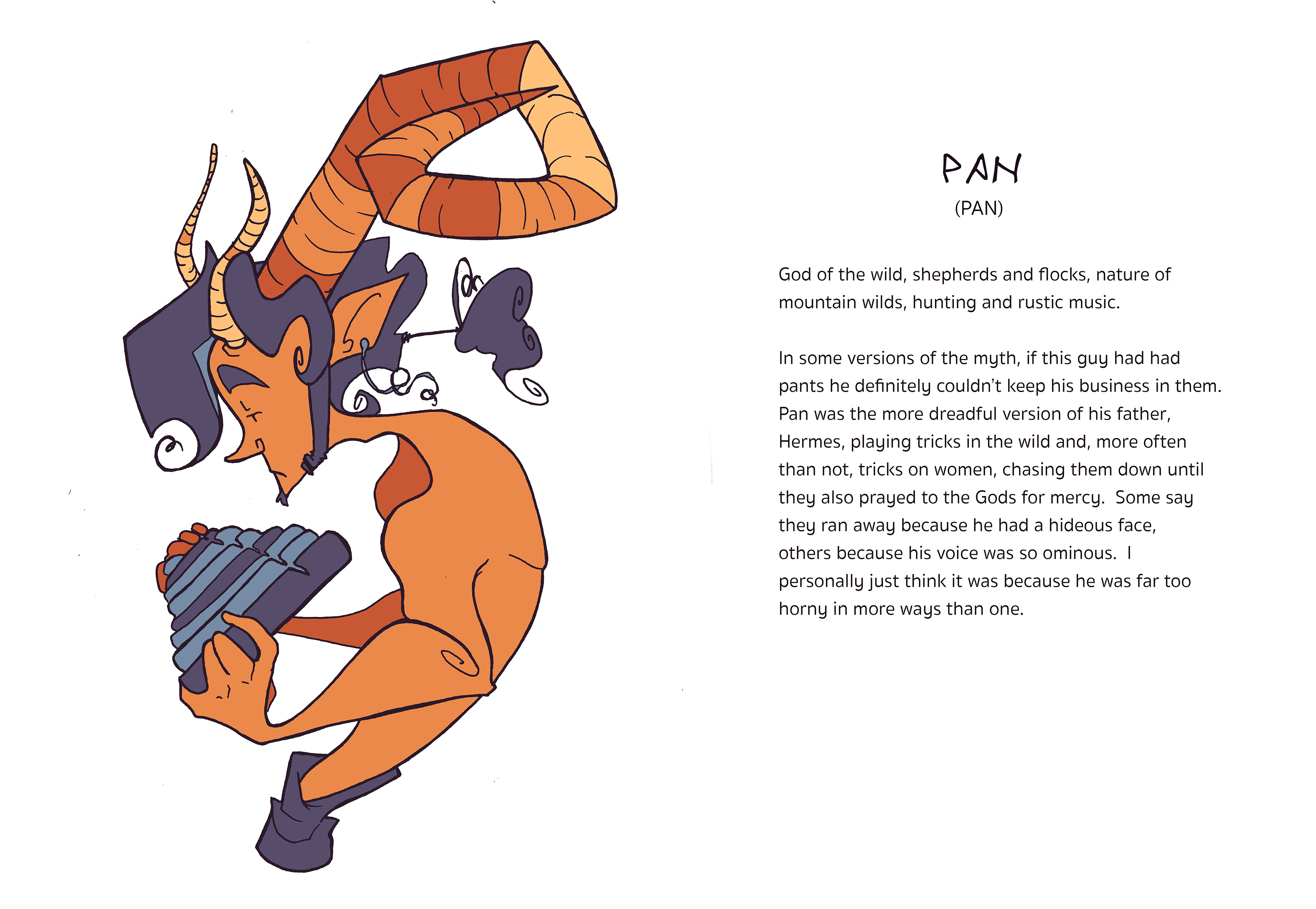 God of the wild, shepherds and flocks, nature of mountain wilds, hunting and rustic music.
In some versions of the myth, if this guy had had pants he definitely couldn’t keep his business in them. Pan was the more dreadful version of his father, Hermes, playing tricks in the wild and, more often than not, tricks on women, chasing them down until they also prayed to the Gods for mercy. Some say they ran away because he had a hideous face, others because his voice was so ominous. I personally just think it was because he was far too horny in more ways than one.