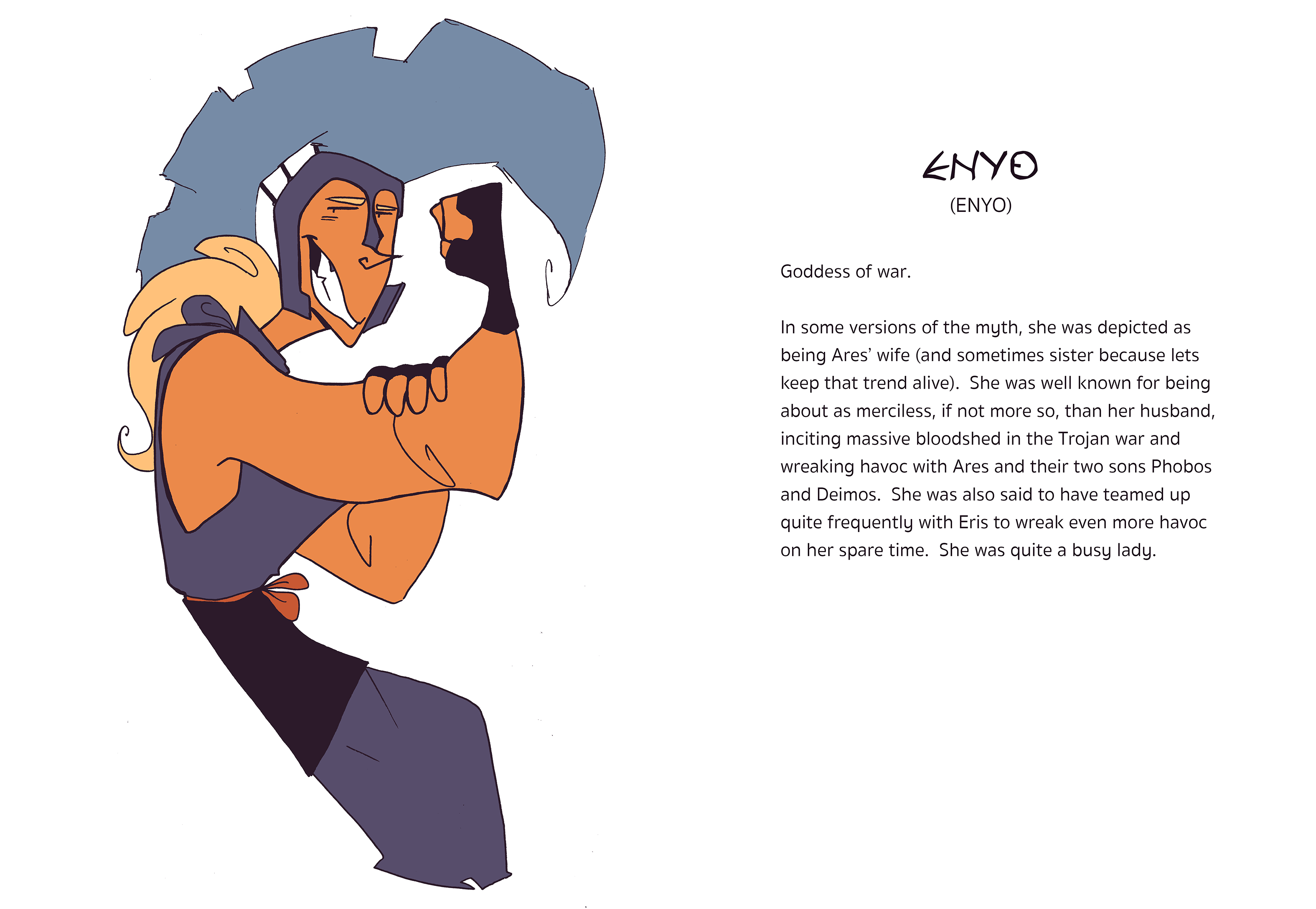 Goddess of war.
In some versions of the myth, she was depicted as being Ares’ wife (and sometimes sister because lets keep that trend alive). She was well known for being about as merciless, if not more so, than her husband, inciting massive bloodshed in the Trojan war and wreaking havoc with Ares and their two sons Phobos and Deimos. She was also said to have teamed up quite frequently with Eris to wreak even more havoc on her spare time. She was quite a busy lady.