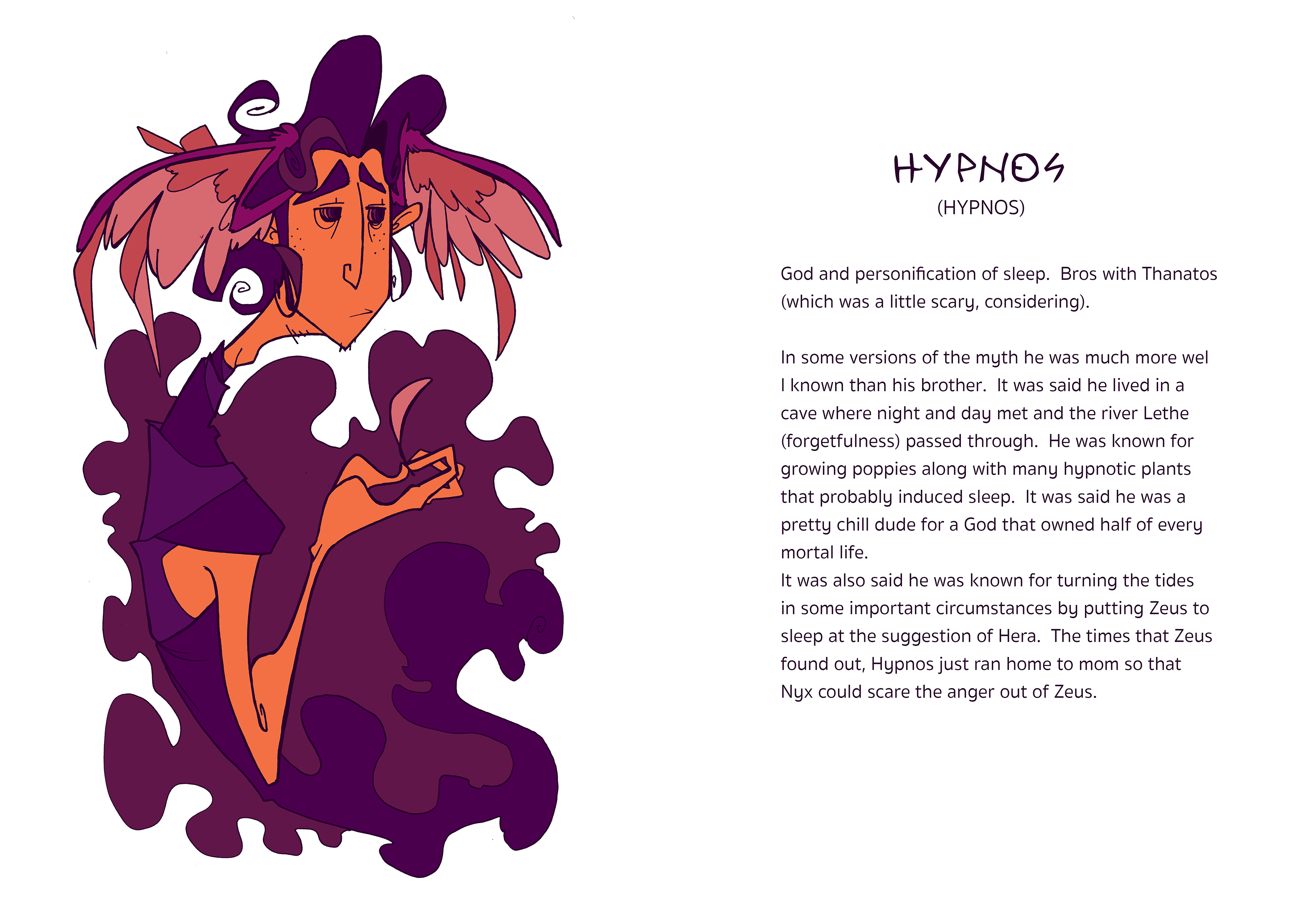 God and personification of sleep. Bros with Thanatos (which was a little scary, considering).
In some versions of the myth he was much more well known than his brother. It was said he lived in a cave where night and day met and the river Lethe (forgetfulness) passed through. He was known for growing poppies along with many hypnotic plants that probably induced sleep. It was said he was a pretty chill dude for a God that owned half of every mortal life.
It was also said he was known for turning the tides in some important circumstances by putting Zeus to sleep at the suggestion of Hera. The times that Zeus found out, Hypnos just ran home to mom so that Nyx could scare the anger out of Zeus.