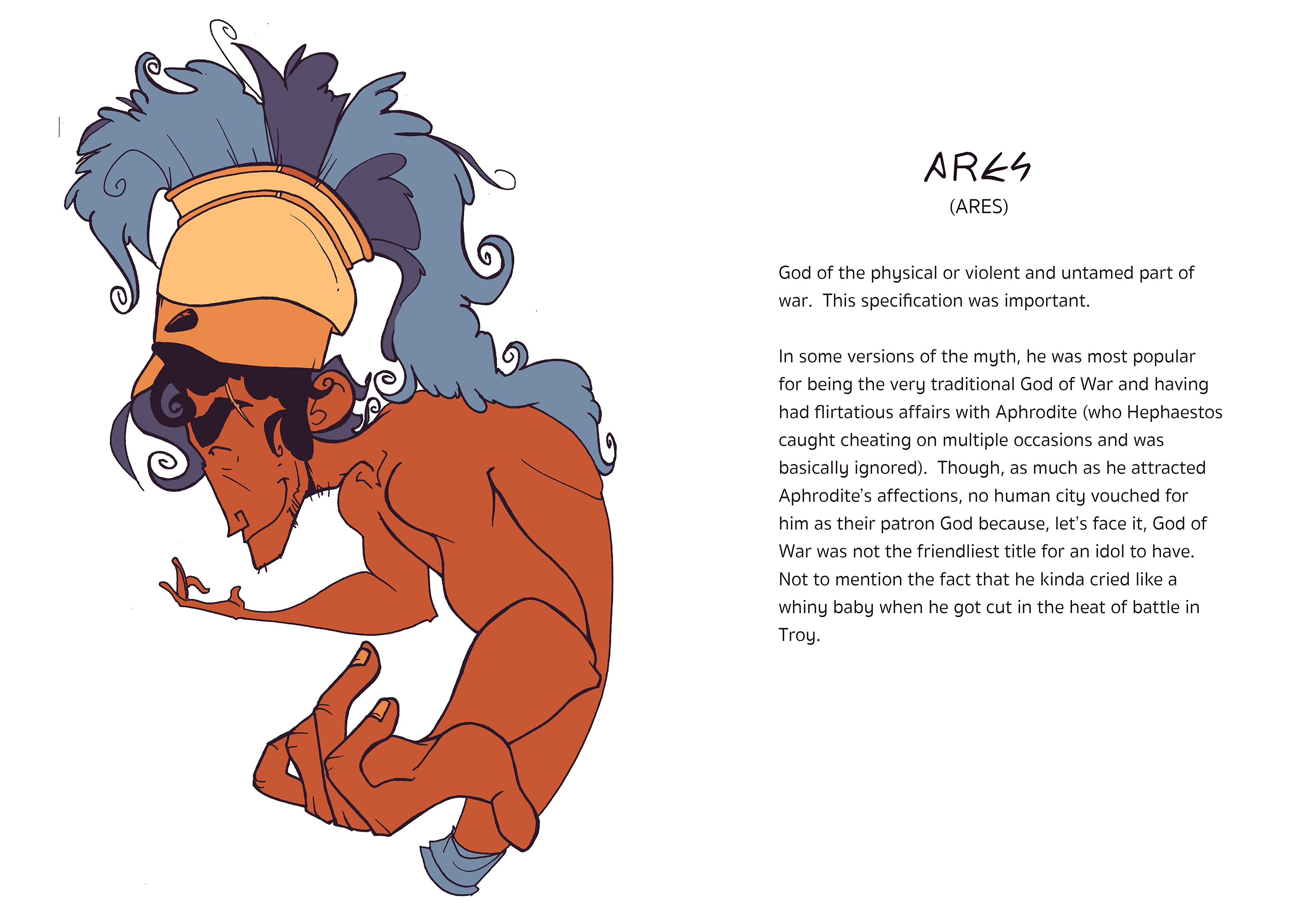 God of the physical or violent and untamed part of war. This specification was important.
In some versions of the myth, he was most popular for being the very traditional God of War and having had flirtatious affairs with Aphrodite (who Hephaestos caught cheating on multiple occasions and was basically ignored). Though, as much as he attracted Aphrodite’s affections, no human city vouched for him as their patron God because, let’s face it, God of War was not the friendliest title for an idol to have. Not to mention the fact that he kinda cried like a whiny baby when he got cut in the heat of battle in Troy.