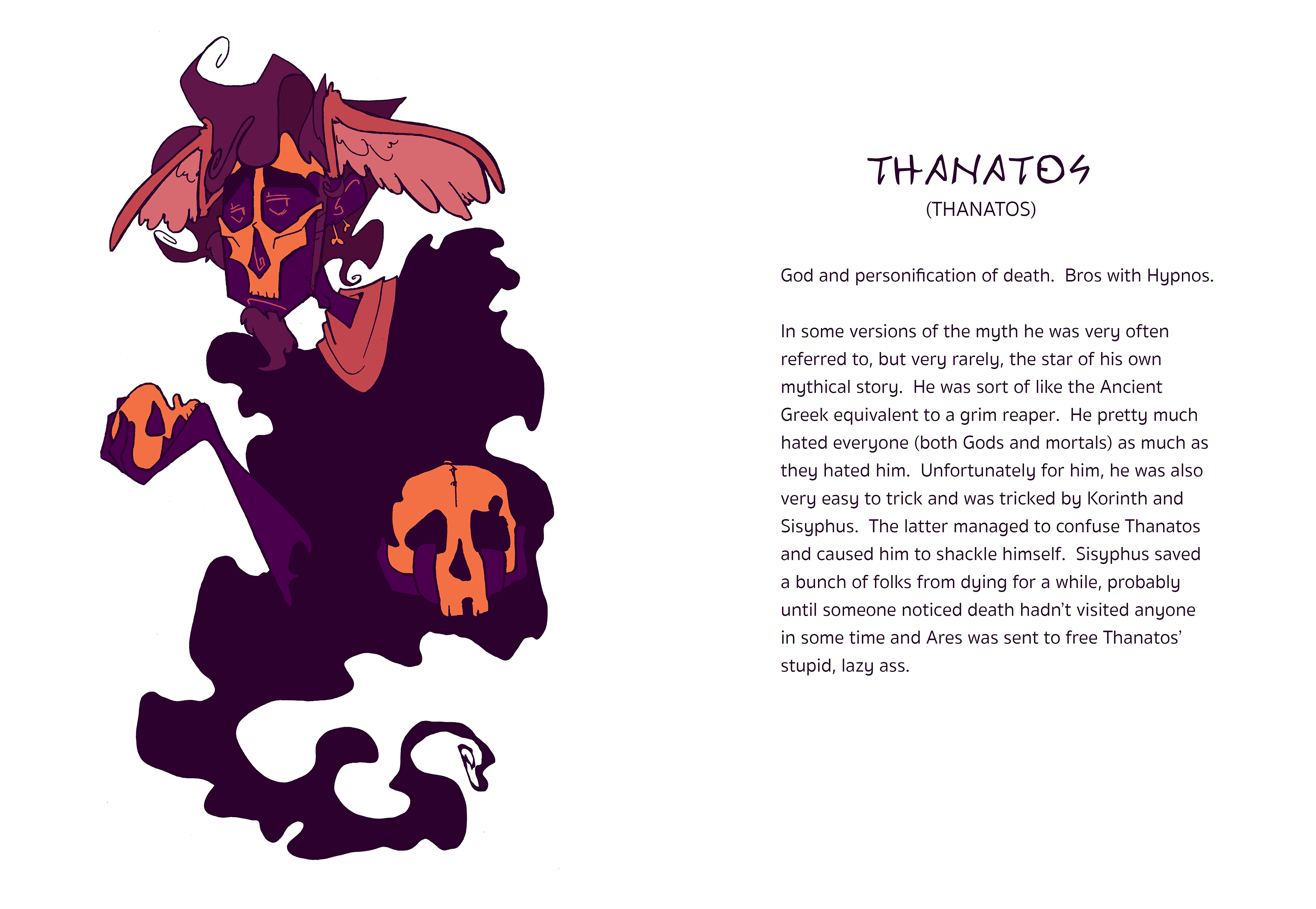 God and personification of death. Bros with Hypnos.
In some versions of the myth he was very often referred to, but very rarely, the star of his own mythical story. He was sort of like the Ancient Greek equivalent to a grim reaper. He pretty much hated everyone (both Gods and mortals) as much as they hated him. Unfortunately for him, he was also very easy to trick and was tricked by Korinth and Sisyphus. The latter managed to confuse Thanatos and caused him to shackle himself. Sisyphus saved a bunch of folks from dying for a while, probably until someone noticed death hadn’t visited anyone in some time and Ares was sent to free Thanatos’ stupid, lazy ass.