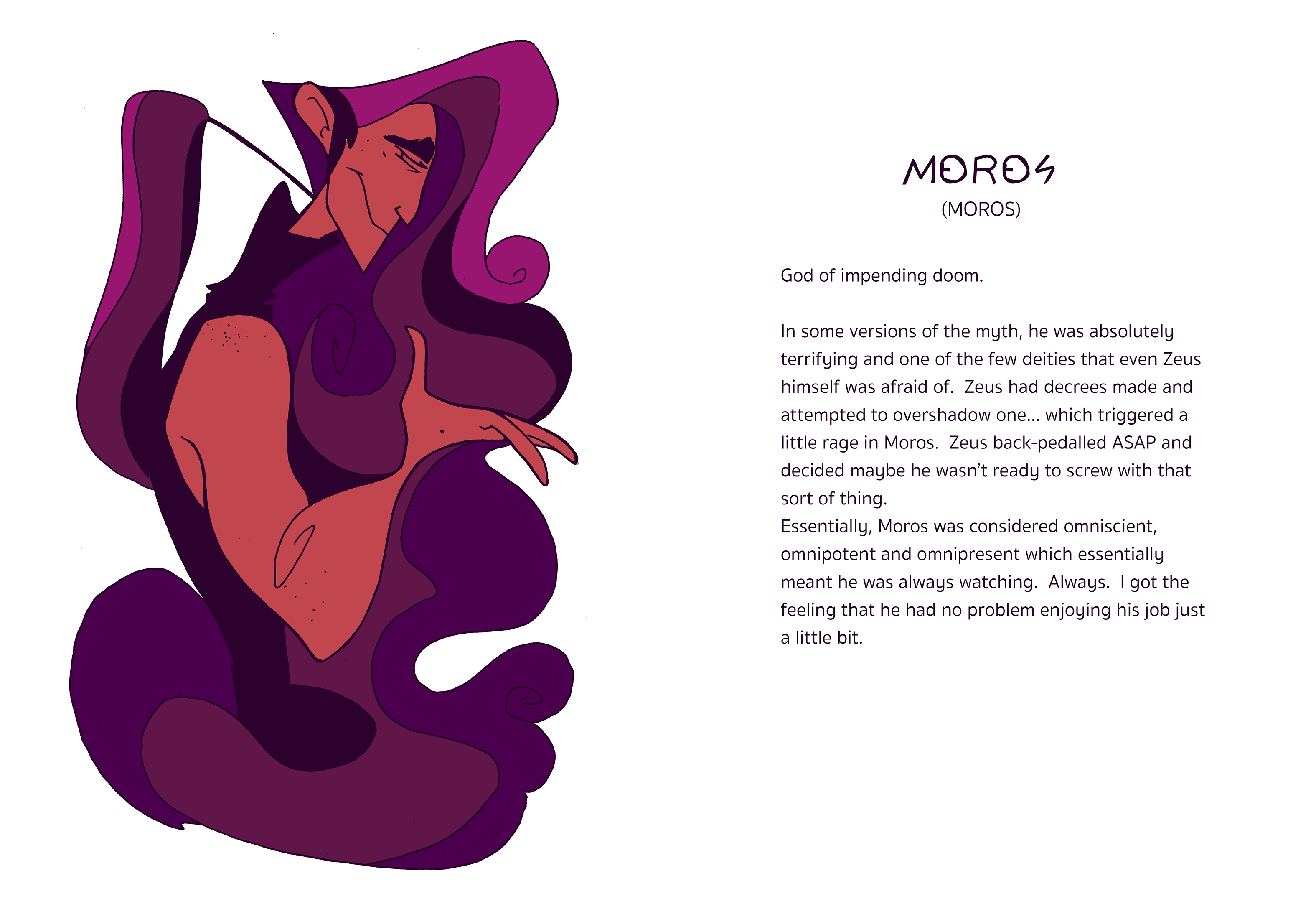 God of impending doom.
In some versions of the myth, he was absolutely terrifying and one of the few deities that even Zeus himself was afraid of. Zeus had decrees made and attempted to overshadow one… which triggered a little rage in Moros. Zeus back-pedalled ASAP and decided maybe he wasn’t ready to screw with that sort of thing.
Essentially, Moros was considered omniscient, omnipotent and omnipresent which essentially meant he was always watching. Always. I got the feeling that he had no problem enjoying his job just a little bit.