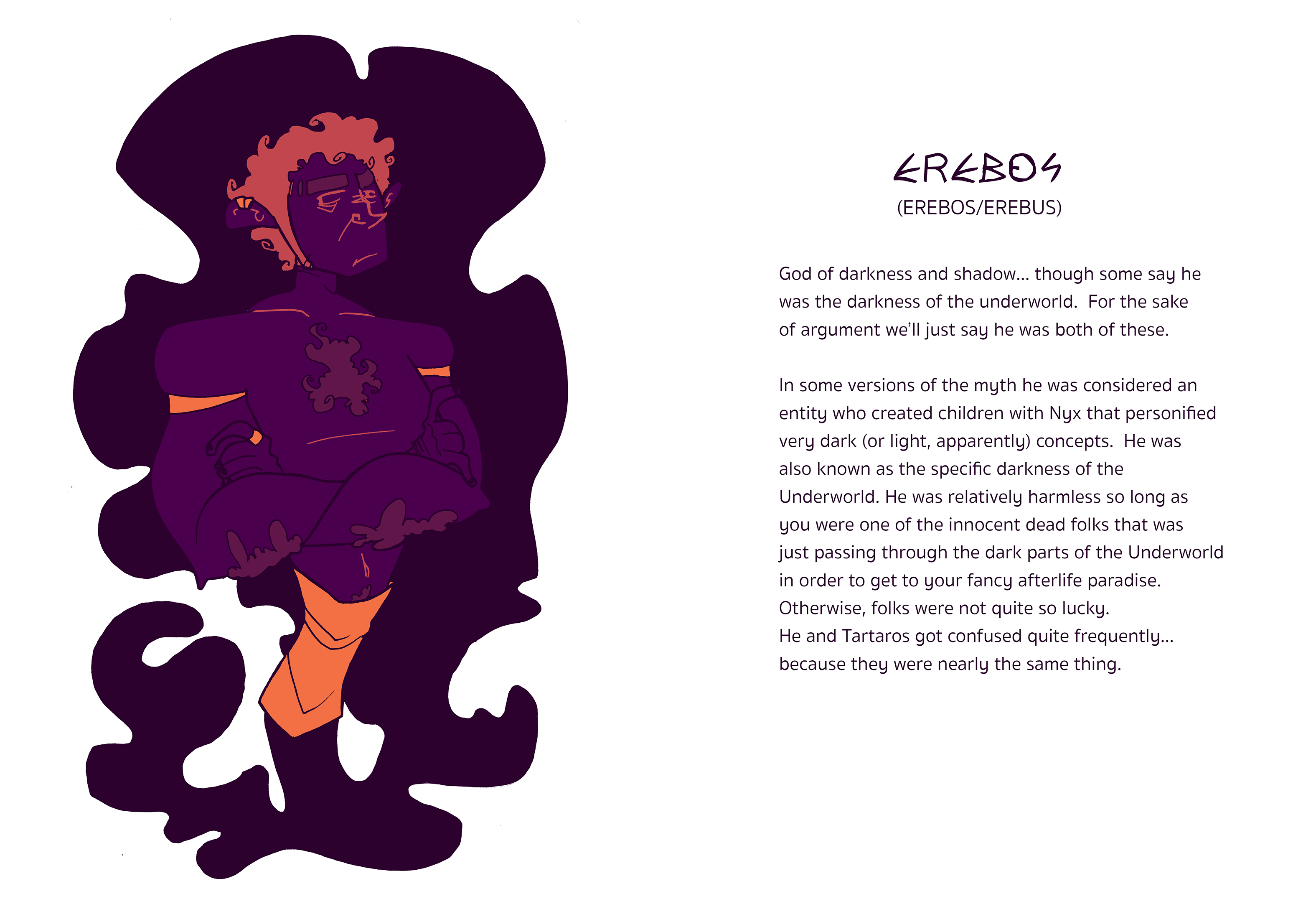 God of darkness and shadow… though some say he was the darkness of the underworld. For the sake of argument we’ll just say he was both of these.
In some versions of the myth he was considered an entity who created children with Nyx that personified very dark (or light, apparently) concepts. He was also known as the specific darkness of the Underworld. He was relatively harmless so long as you were one of the innocent dead folks that was just passing through the dark parts of the Underworld in order to get to your fancy afterlife paradise. Otherwise, folks were not quite so lucky.
He and Tartaros got confused quite frequently… because they were nearly the same thing.