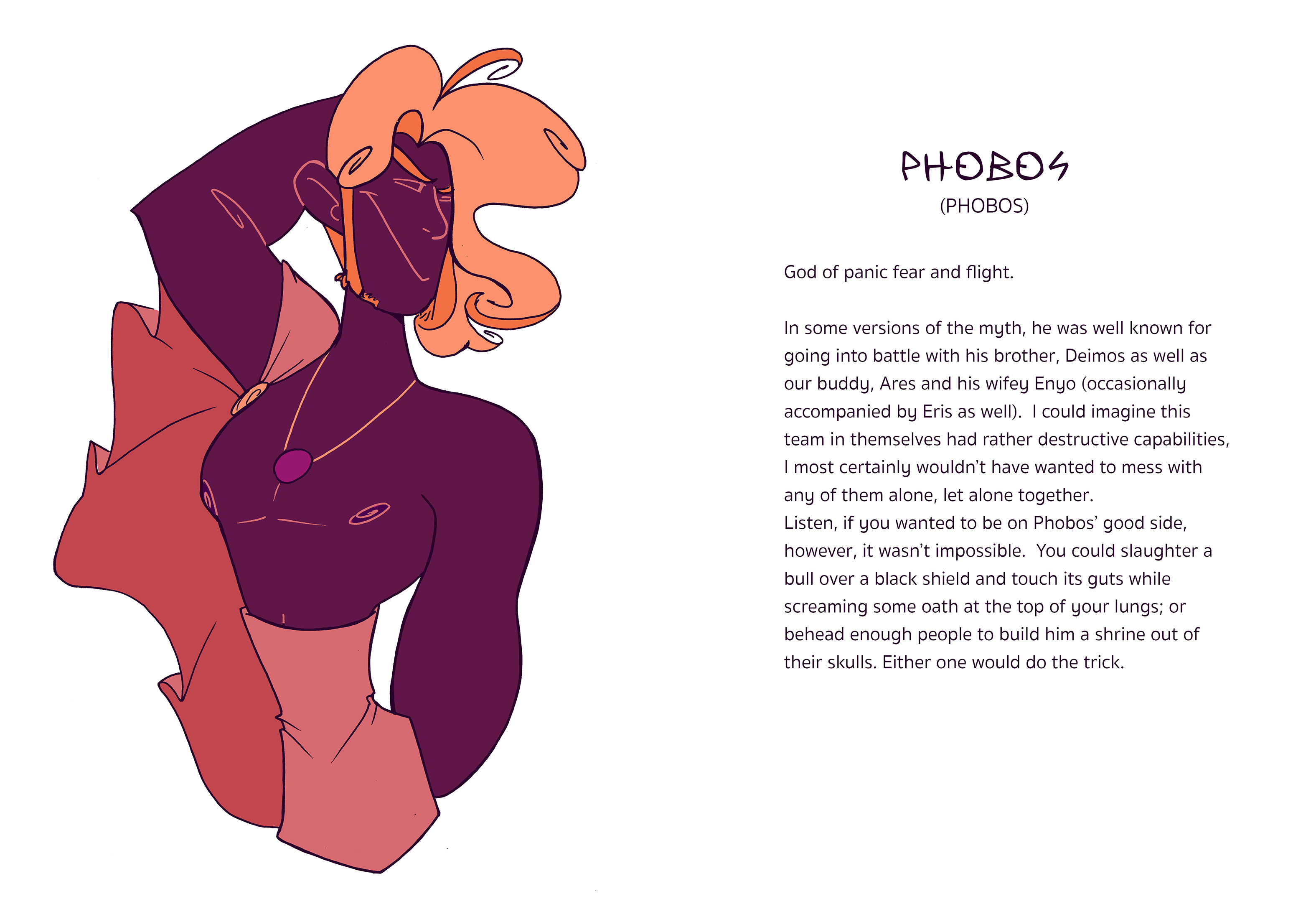 God of panic fear and flight.
In some versions of the myth, he was well known for going into battle with his brother, Deimos as well as our buddy, Ares and his wifey Enyo (occasionally accompanied by Eris as well). I could imagine this team in themselves had rather destructive capabilities, I most certainly wouldn’t have wanted to mess with any of them alone, let alone together.
Listen, if you wanted to be on Phobos’ good side, however, it wasn’t impossible. You could slaughter a bull over a black shield and touch its guts while screaming some oath at the top of your lungs; or behead enough people to build him a shrine out of their skulls. Either one would do the trick.