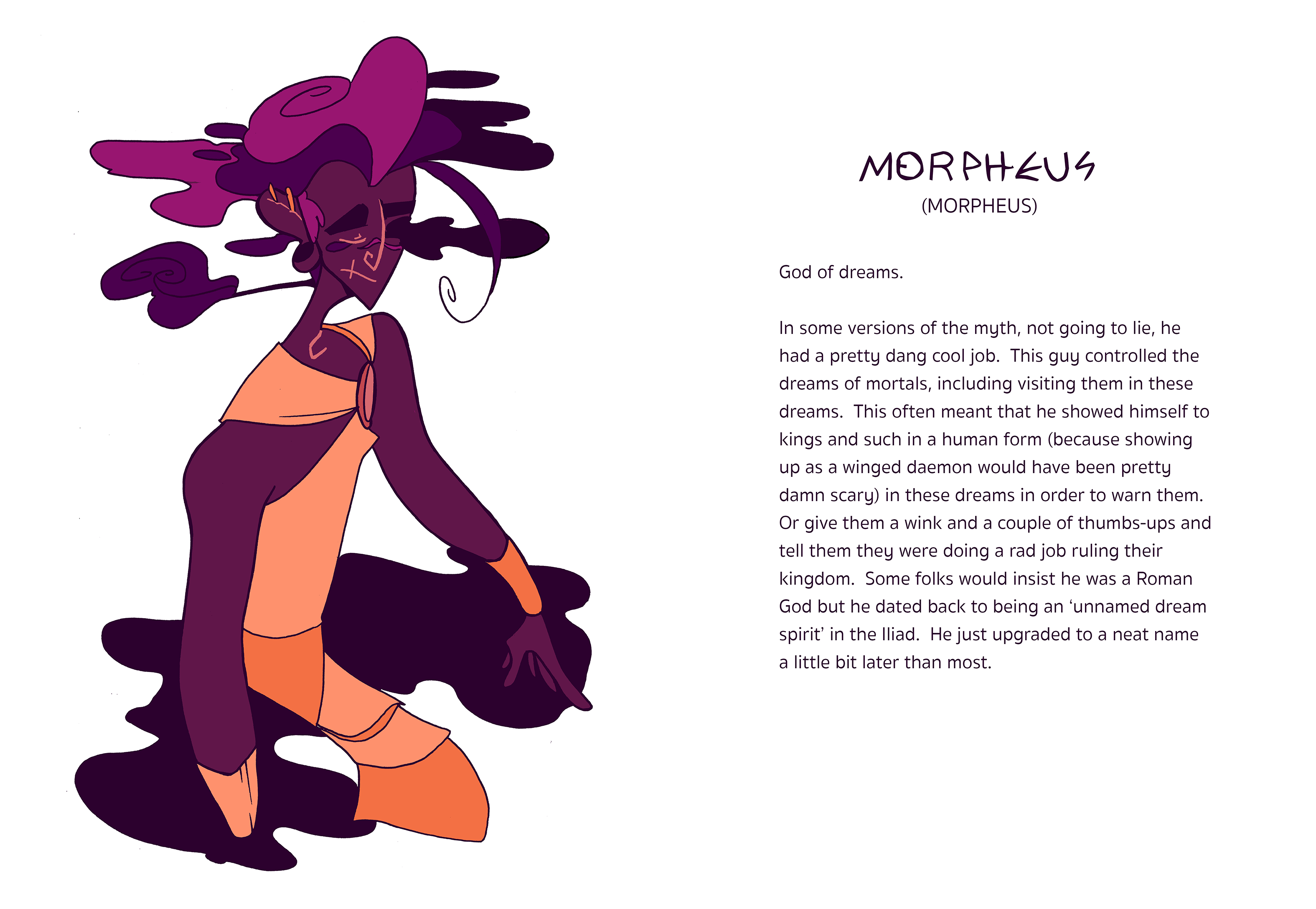 God of dreams.
In some versions of the myth, not going to lie, he had a pretty dang cool job. This guy controlled the dreams of mortals, including visiting them in these dreams. This often meant that he showed himself to kings and such in a human form (because showing up as a winged daemon would have been pretty damn scary) in these dreams in order to warn them. Or give them a wink and a couple of thumbs-ups and tell them they were doing a rad job ruling their kingdom. Some folks would insist he was a Roman God but he dated back to being an ‘unnamed dream spirit’ in the Iliad. He just upgraded to a neat name a little bit later than most.