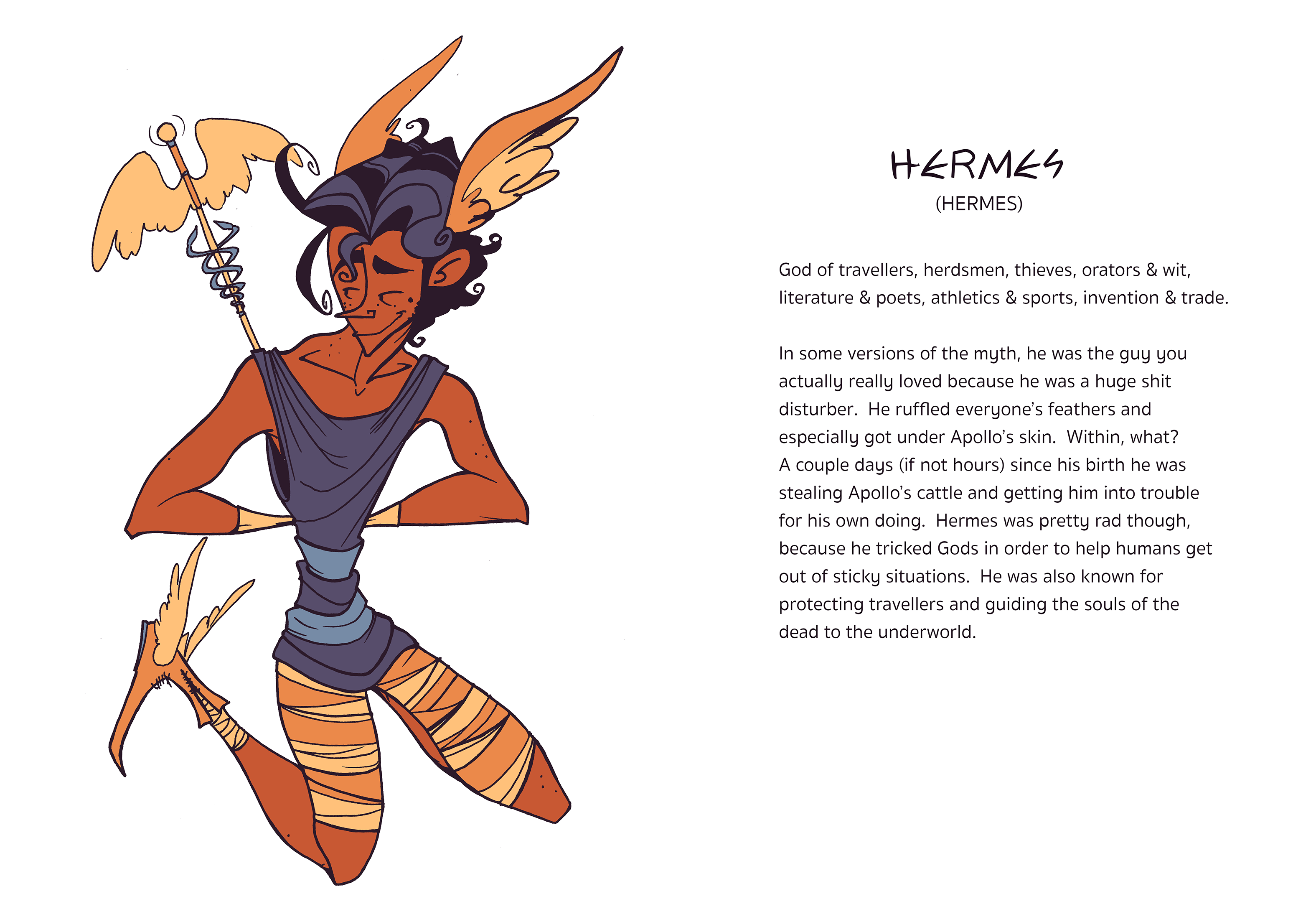 God of travellers, herdsmen, thieves, orators & wit, literature & poets, athletics & sports, invention & trade.
In some versions of the myth, he was the guy you actually really loved because he was a huge shit disturber. He ruffled everyone’s feathers and especially got under Apollo’s skin. Within, what? A couple days (if not hours) since his birth he was stealing Apollo’s cattle and getting him into trouble for his own doing. Hermes was pretty rad though, because he tricked Gods in order to help humans get out of sticky situations. He was also known for protecting travellers and guiding the souls of the dead to the underworld.