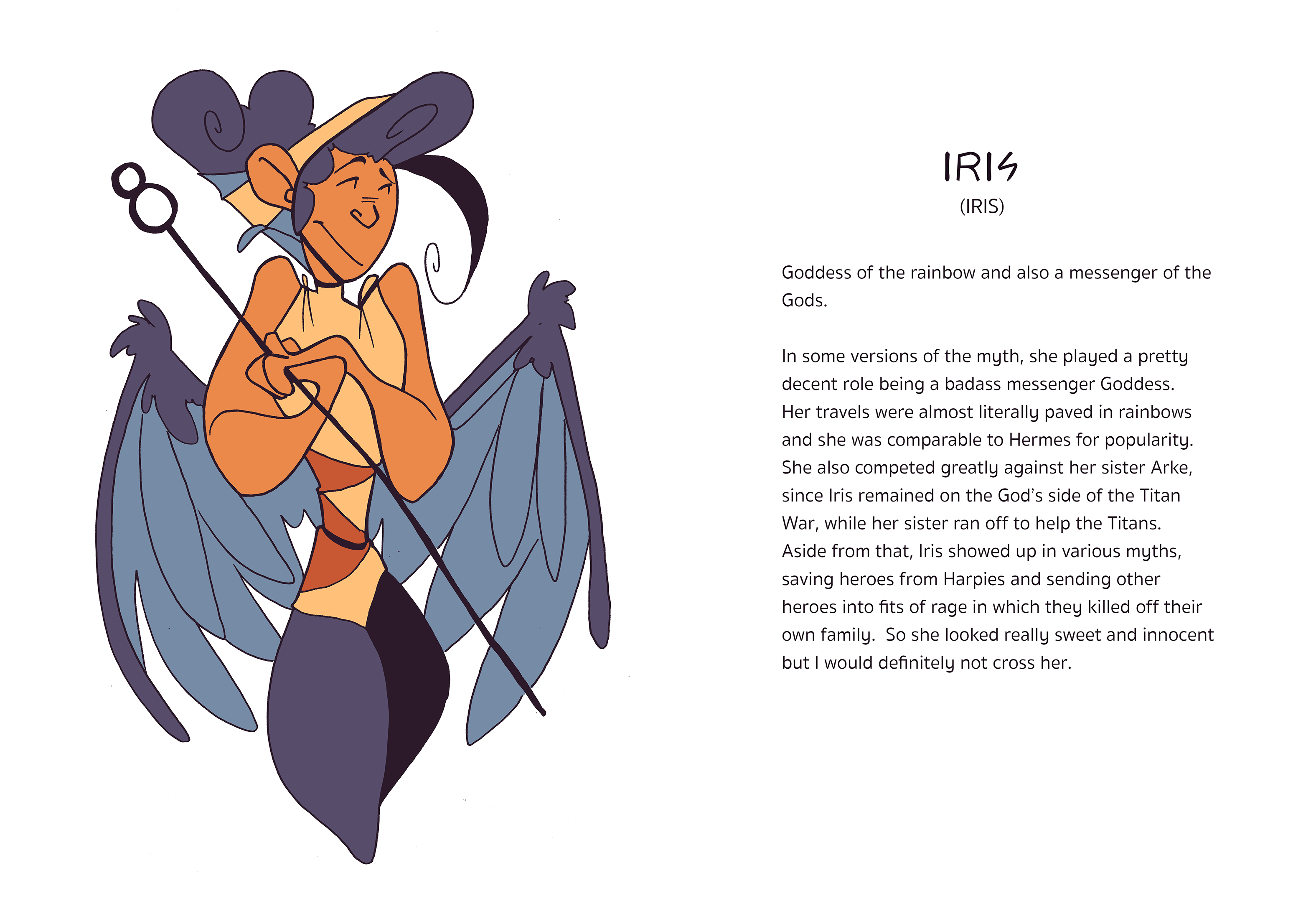 Goddess of the rainbow and also a messenger of the Gods.
In some versions of the myth, she played a pretty decent role being a badass messenger Goddess. Her travels were almost literally paved in rainbows and she was comparable to Hermes for popularity. She also competed greatly against her sister Arke, since Iris remained on the God’s side of the Titan War, while her sister ran off to help the Titans.
Aside from that, Iris showed up in various myths, saving heroes from Harpies and sending other heroes into fits of rage in which they killed off their own family. So she looked really sweet and innocent but I would definitely not cross her.