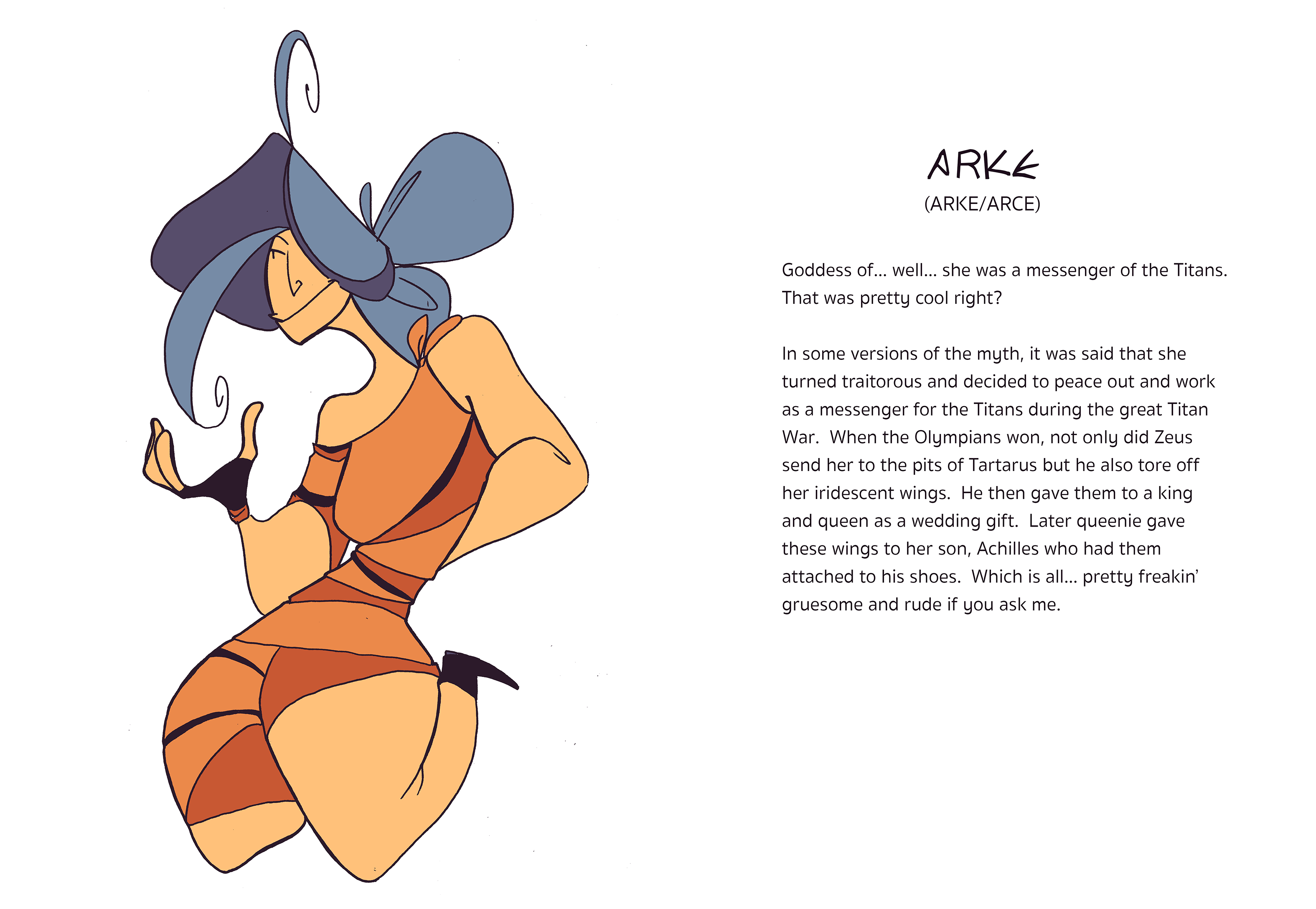 Goddess of… well… she was a messenger of the Titans. That was pretty cool right?
In some versions of the myth, it was said that she turned traitorous and decided to peace out and work as a messenger for the Titans during the great Titan War. When the Olympians won, not only did Zeus send her to the pits of Tartarus but he also tore off her iridescent wings. He then gave them to a king and queen as a wedding gift. Later queenie gave these wings to her son, Achilles who had them attached to his shoes. Which is all… pretty freakin’ gruesome and rude if you ask me.