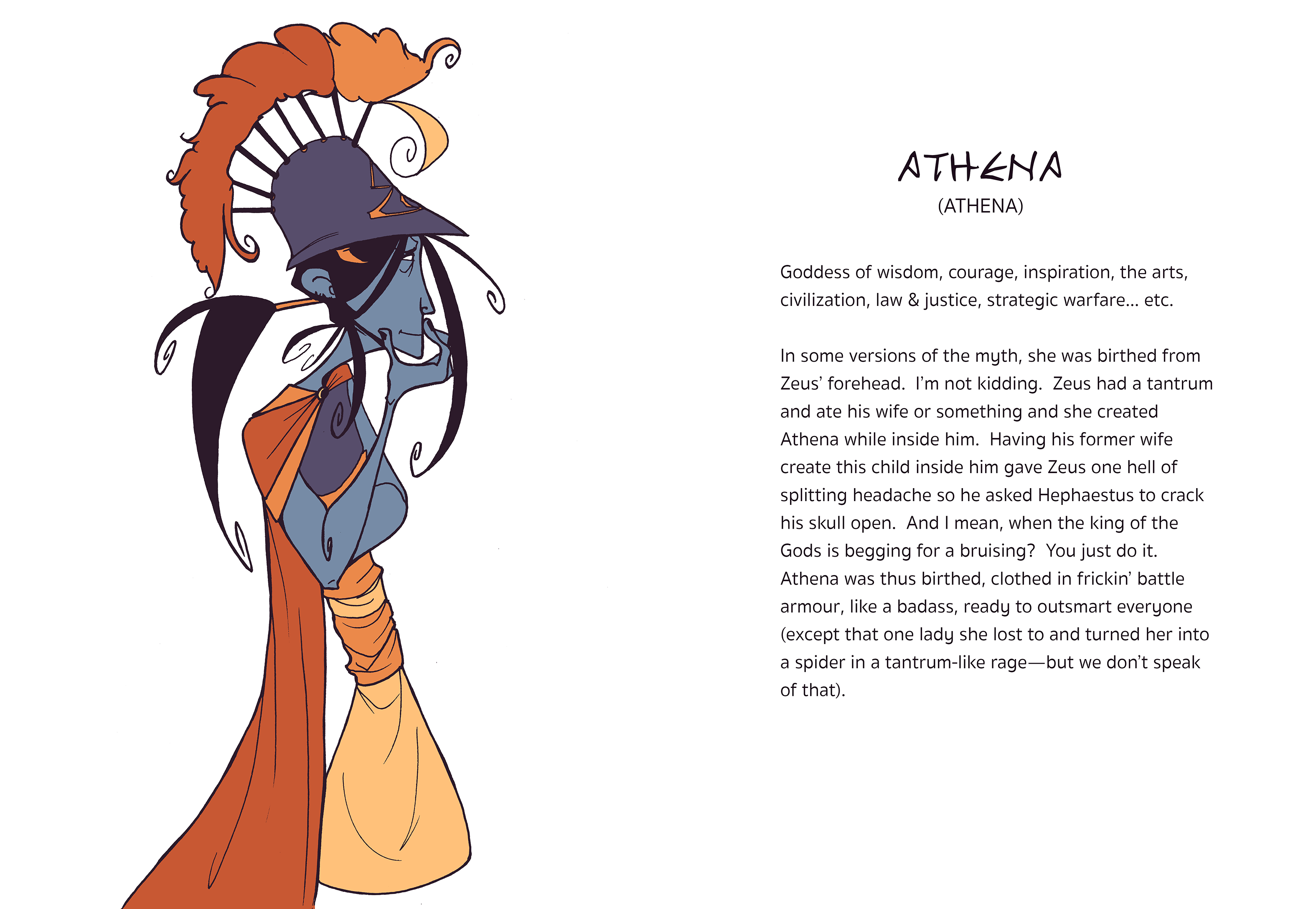 Goddess of wisdom, courage, inspiration, the arts, civilization, law & justice, strategic warfare… etc.
In some versions of the myth, she was birthed from Zeus’ forehead. I’m not kidding. Zeus had a tantrum and ate his wife or something and she created Athena while inside him. Having his former wife create this child inside him gave Zeus one hell of splitting headache so he asked Hephaestus to crack his skull open. And I mean, when the king of the Gods is begging for a bruising? You just do it.
Athena was thus birthed, clothed in frickin’ battle armour, like a badass, ready to outsmart everyone (except that one lady she lost to and turned her into a spider in a tantrum-like rage—but we don’t speak of that).