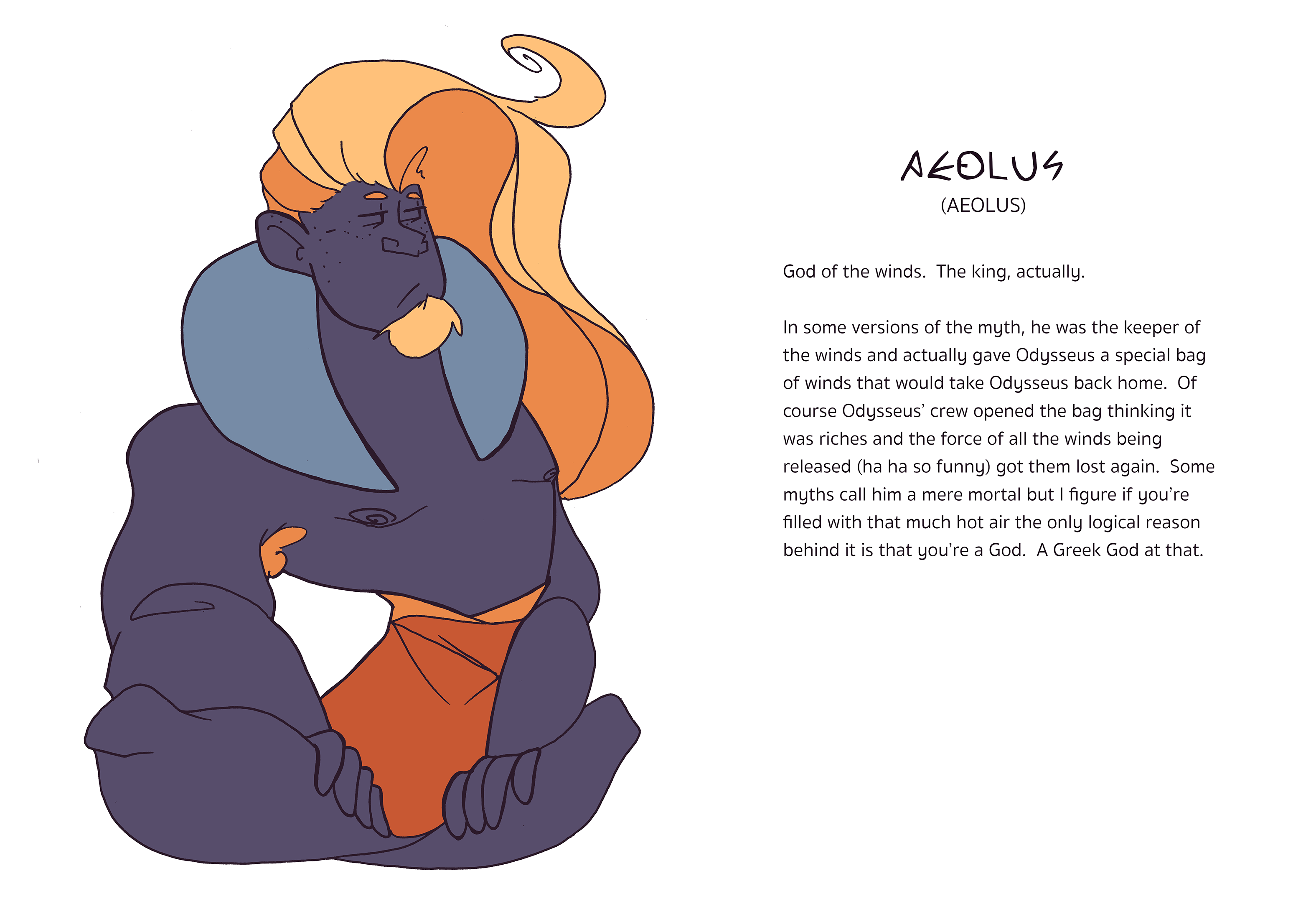 God of the winds. The king, actually.
In some versions of the myth, he was the keeper of the winds and actually gave Odysseus a special bag of winds that would take Odysseus back home. Of course Odysseus’ crew opened the bag thinking it was riches and the force of all the winds being released (ha ha so funny) got them lost again. Some myths call him a mere mortal but I figure if you’re filled with that much hot air the only logical reason behind it is that you’re a God. A Greek God at that.