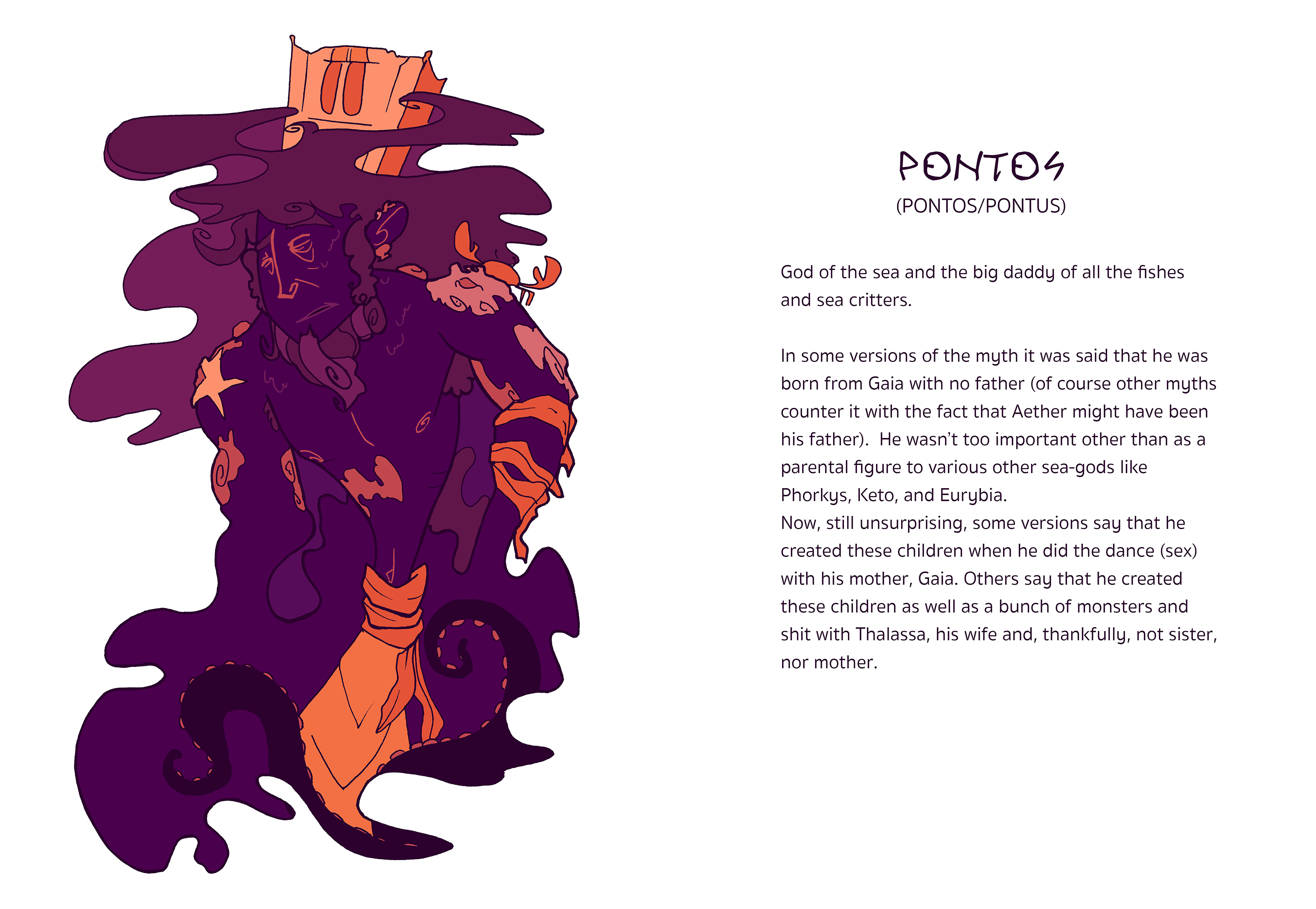 God of the sea and the big daddy of all the fishes and sea critters.
In some versions of the myth it was said that he was born from Gaia with no father (of course other myths counter it with the fact that Aether might have been his father). He wasn’t too important other than as a parental figure to various other sea-gods like Phorkys, Keto, and Eurybia.
Now, still unsurprising, some versions say that he created these children when he did the dance (sex) with his mother, Gaia. Others say that he created these children as well as a bunch of monsters and shit with Thalassa, his wife and, thankfully, not sister, nor mother.