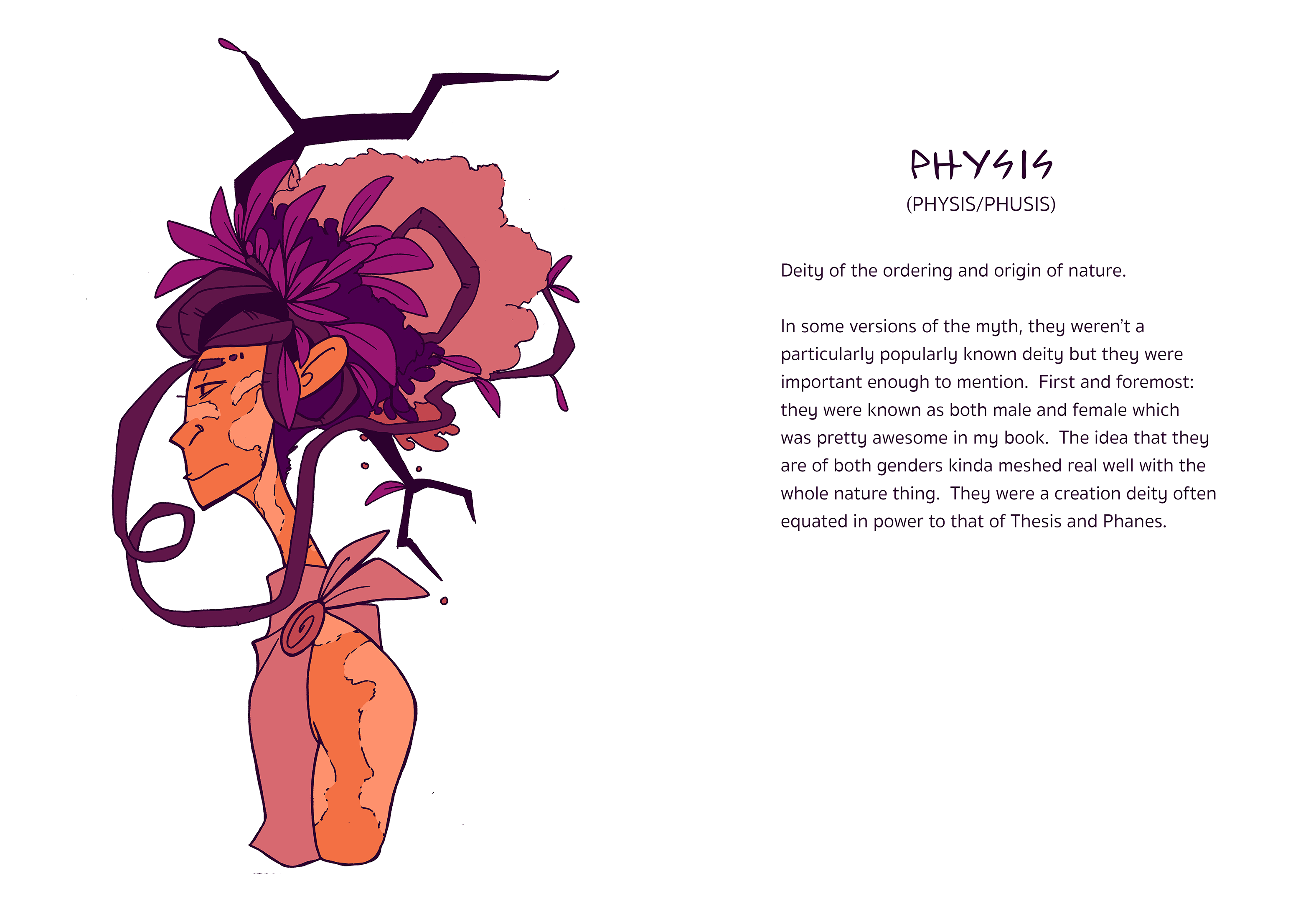 Deity of the ordering and origin of nature.
In some versions of the myth, they weren’t a particularly popularly known deity but they were important enough to mention. First and foremost: they were known as both male and female which was pretty awesome in my book. The idea that they are of both genders kinda meshed real well with the whole nature thing. They were a creation deity often equated in power to that of Thesis and Phanes.