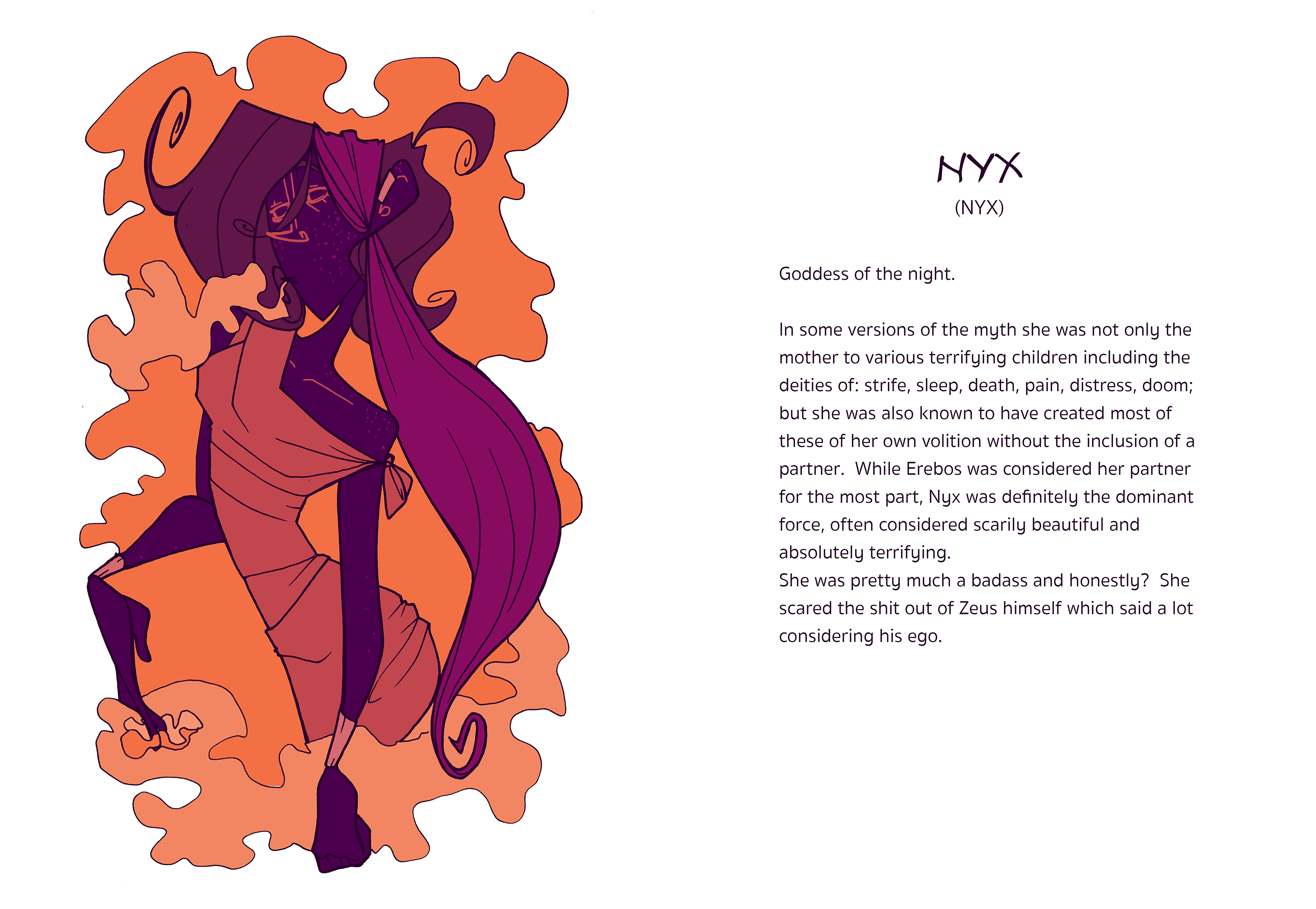 Goddess of the night.
In some versions of the myth she was not only the mother to various terrifying children including the deities of: strife, sleep, death, pain, distress, doom; but she was also known to have created most of these of her own volition without the inclusion of a partner. While Erebos was considered her partner for the most part, Nyx was definitely the dominant force, often considered scarily beautiful and absolutely terrifying.
She was pretty much a badass and honestly? She scared the shit out of Zeus himself which said a lot considering his ego.