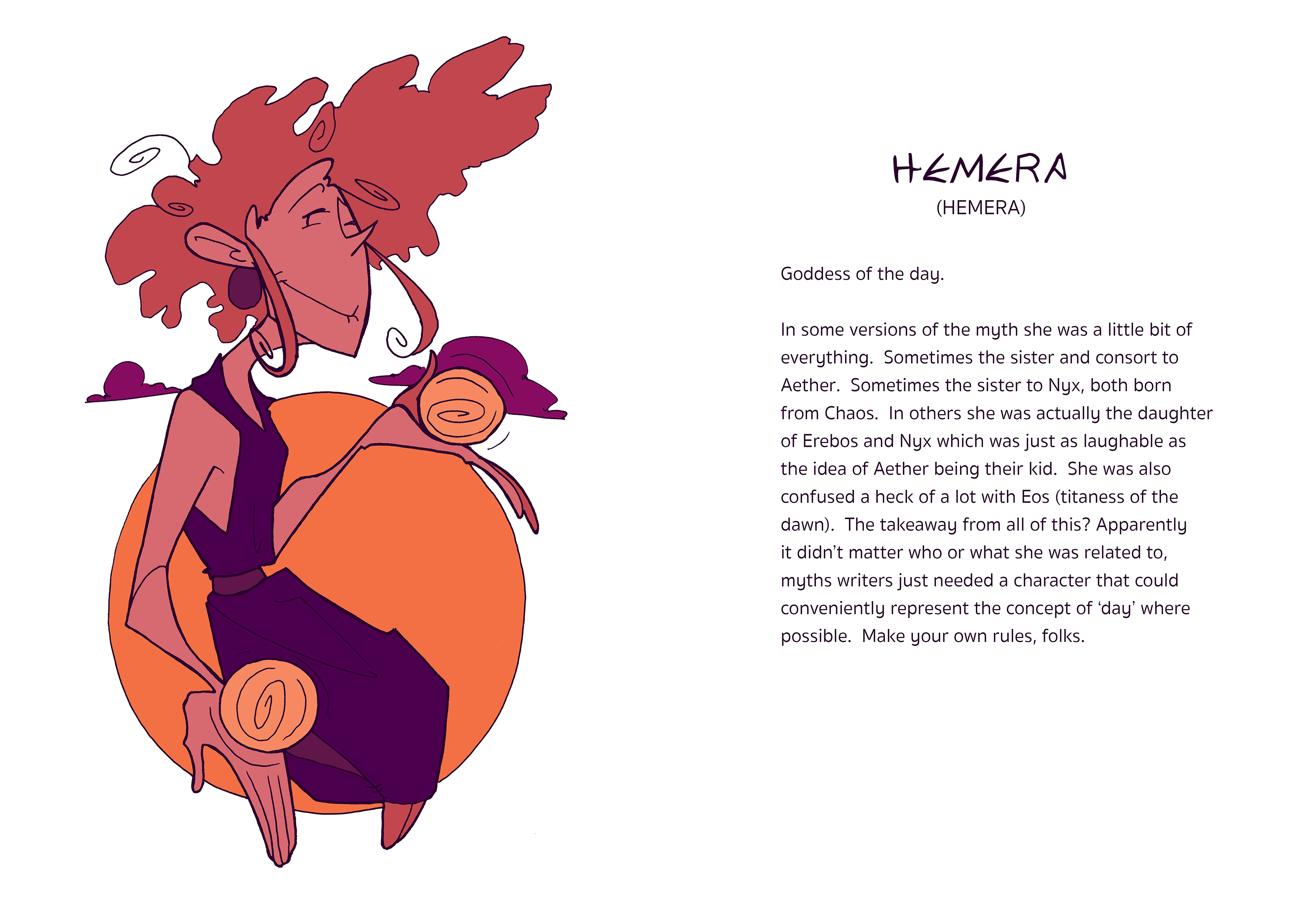 Goddess of the day.
In some versions of the myth she was a little bit of everything. Sometimes the sister and consort to Aether. Sometimes the sister to Nyx, both born from Chaos. In others she was actually the daughter of Erebos and Nyx which was just as laughable as the idea of Aether being their kid. She was also confused a heck of a lot with Eos (titaness of the dawn). The takeaway from all of this? Apparently it didn’t matter who or what she was related to, myths writers just needed a character that could conveniently represent the concept of ‘day’ where possible. Make your own rules, folks.