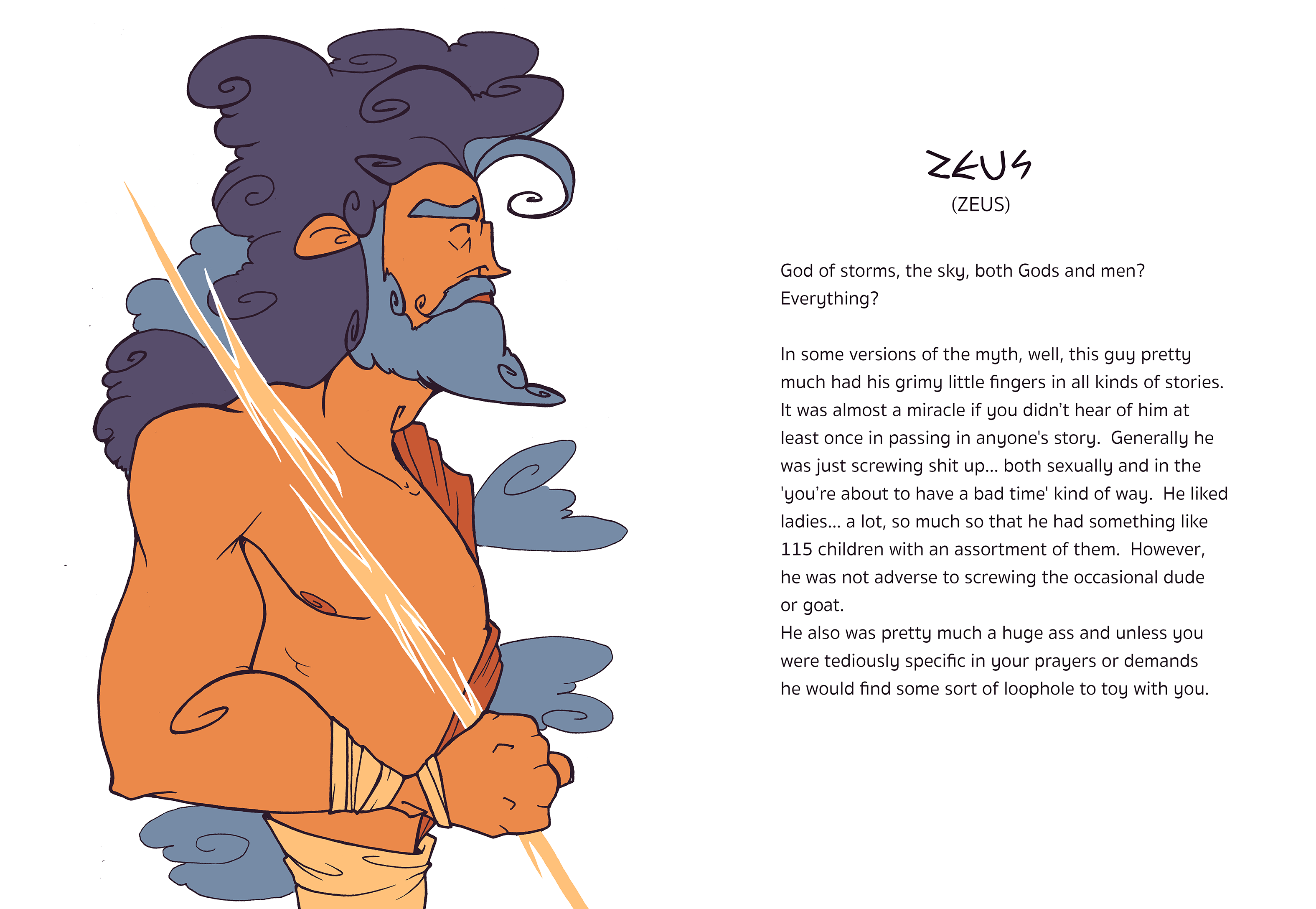 God of storms, the sky, both Gods and men? Everything?
In some versions of the myth, well, this guy pretty much had his grimy little fingers in all kinds of stories. It was almost a miracle if you didn’t hear of him at least once in passing in anyone’s story. Generally he was just screwing shit up… both sexually and in the ‘you’re about to have a bad time’ kind of way. He liked ladies… a lot, so much so that he had something like 115 children with an assortment of them. However, he was not adverse to screwing the occasional dude or goat.
He also was pretty much a huge ass and unless you were tediously specific in your prayers or demands he would find some sort of loophole to toy with you.