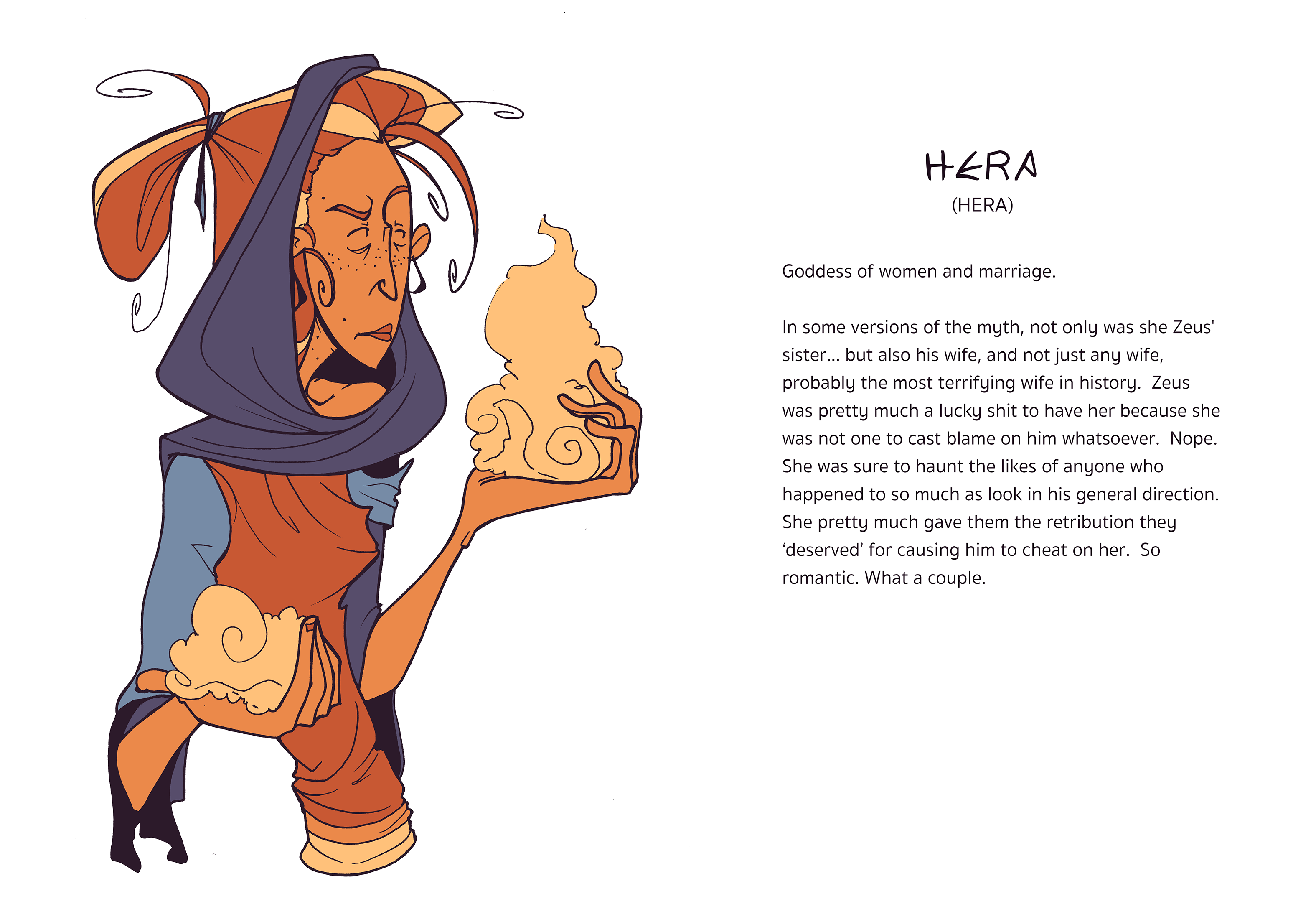 Goddess of women and marriage.
In some versions of the myth, not only was she Zeus’ sister… but also his wife, and not just any wife, probably the most terrifying wife in history. Zeus was pretty much a lucky shit to have her because she was not one to cast blame on him whatsoever. Nope. She was sure to haunt the likes of anyone who happened to so much as look in his general direction. She pretty much gave them the retribution they ‘deserved’ for causing him to cheat on her. So romantic. What a couple.