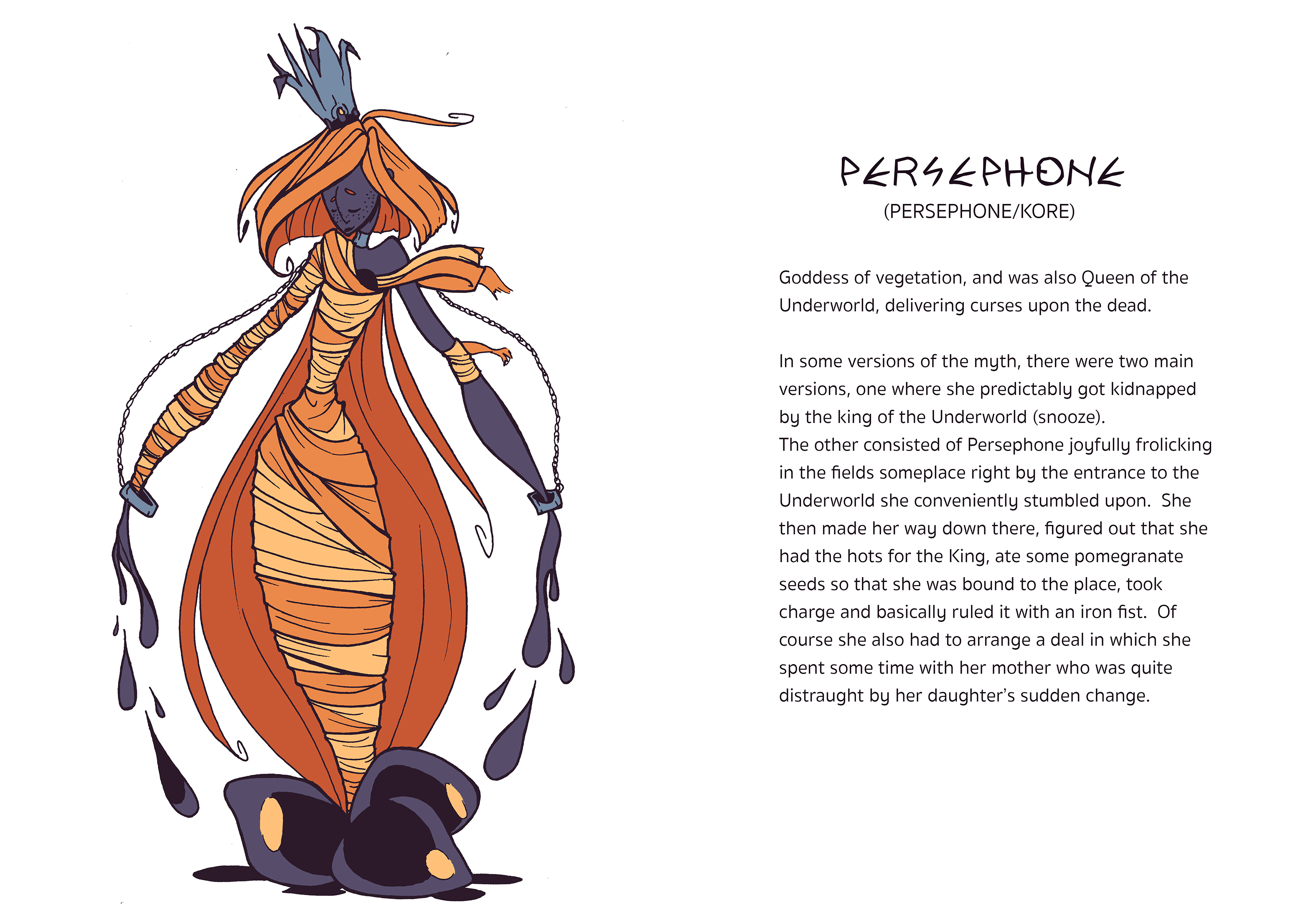 Goddess of vegetation, and was also Queen of the Underworld, delivering curses upon the dead.
In some versions of the myth, there were two main versions, one where she predictably got kidnapped by the king of the Underworld (snooze).
The other consisted of Persephone joyfully frolicking in the fields someplace right by the entrance to the Underworld she conveniently stumbled upon. She then made her way down there, figured out that she had the hots for the King, ate some pomegranate seeds so that she was bound to the place, took charge and basically ruled it with an iron fist. Of course she also had to arrange a deal in which she spent some time with her mother who was quite distraught by her daughter’s sudden change.