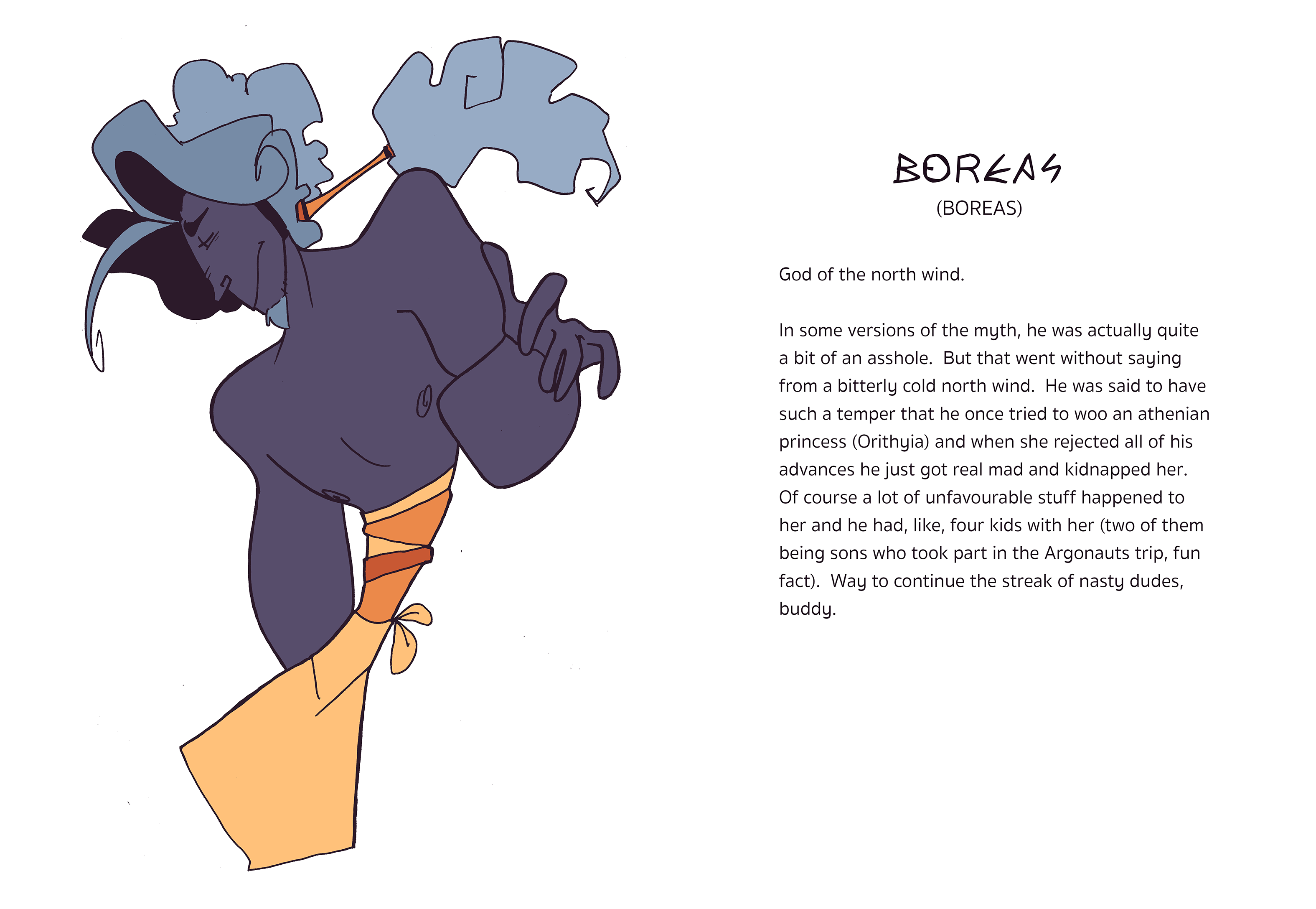 God of the north wind.
In some versions of the myth, he was actually quite a bit of an asshole. But that went without saying from a bitterly cold north wind. He was said to have such a temper that he once tried to woo an athenian princess (Orithyia) and when she rejected all of his advances he just got real mad and kidnapped her. Of course a lot of unfavourable stuff happened to her and he had, like, four kids with her (two of them being sons who took part in the Argonauts trip, fun fact). Way to continue the streak of nasty dudes, buddy.