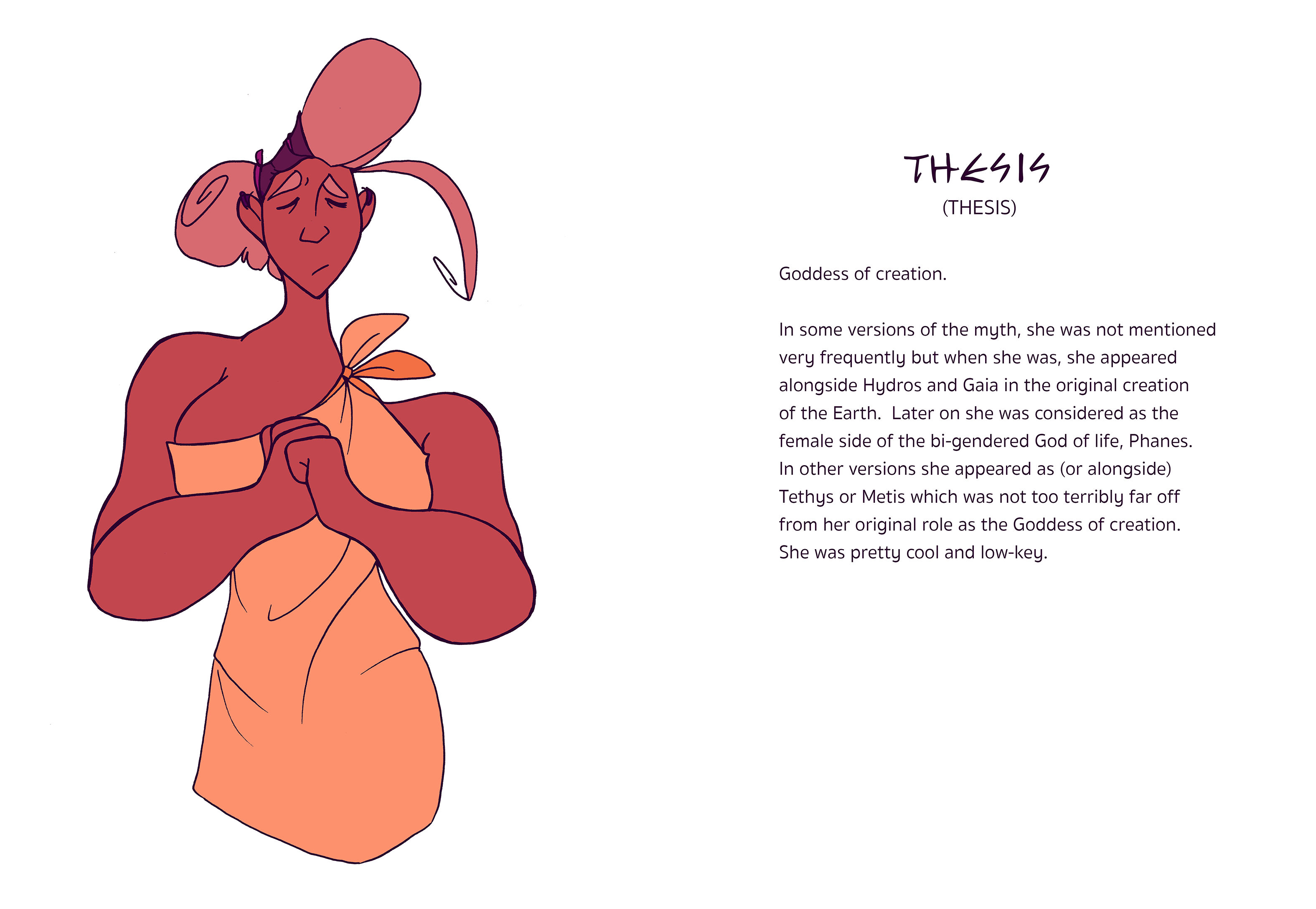 Goddess of creation.
In some versions of the myth, she was not mentioned very frequently but when she was, she appeared alongside Hydros and Gaia in the original creation of the Earth. Later on she was considered as the female side of the bi-gendered God of life, Phanes. In other versions she appeared as (or alongside) Tethys or Metis which was not too terribly far off from her original role as the Goddess of creation. She was pretty cool and low-key.