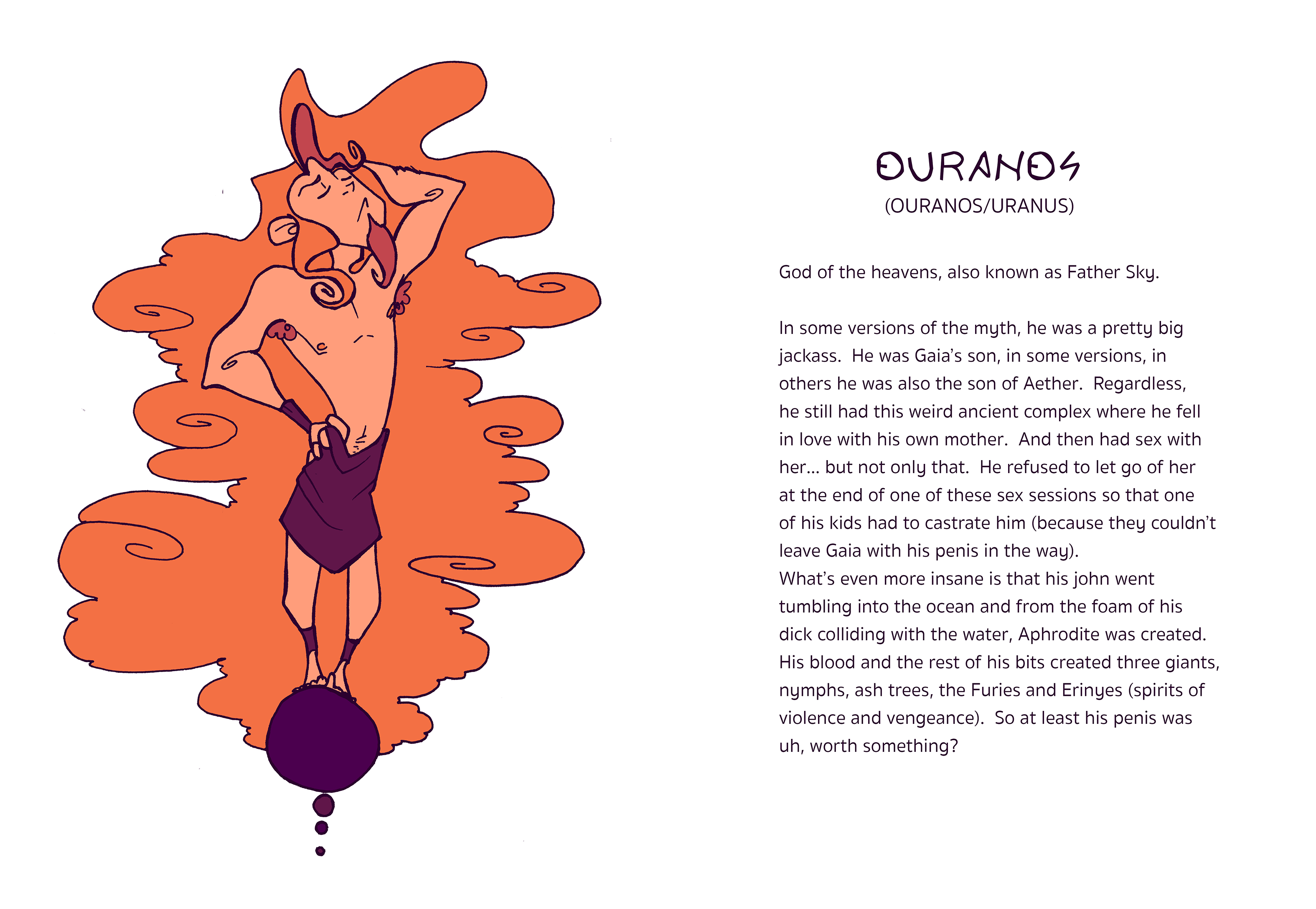 God of the heavens, also known as Father Sky.
In some versions of the myth, he was a pretty big jackass. He was Gaia’s son, in some versions, in others he was also the son of Aether. Regardless, he still had this weird ancient complex where he fell in love with his own mother. And then had sex with her… but not only that. He refused to let go of her at the end of one of these sex sessions so that one of his kids had to castrate him (because they couldn’t leave Gaia with his penis in the way).
What’s even more insane is that his john went tumbling into the ocean and from the foam of his dick colliding with the water, Aphrodite was created. His blood and the rest of his bits created three giants, nymphs, ash trees, the Furies and Erinyes (spirits of violence and vengeance). So at least his penis was uh, worth something?