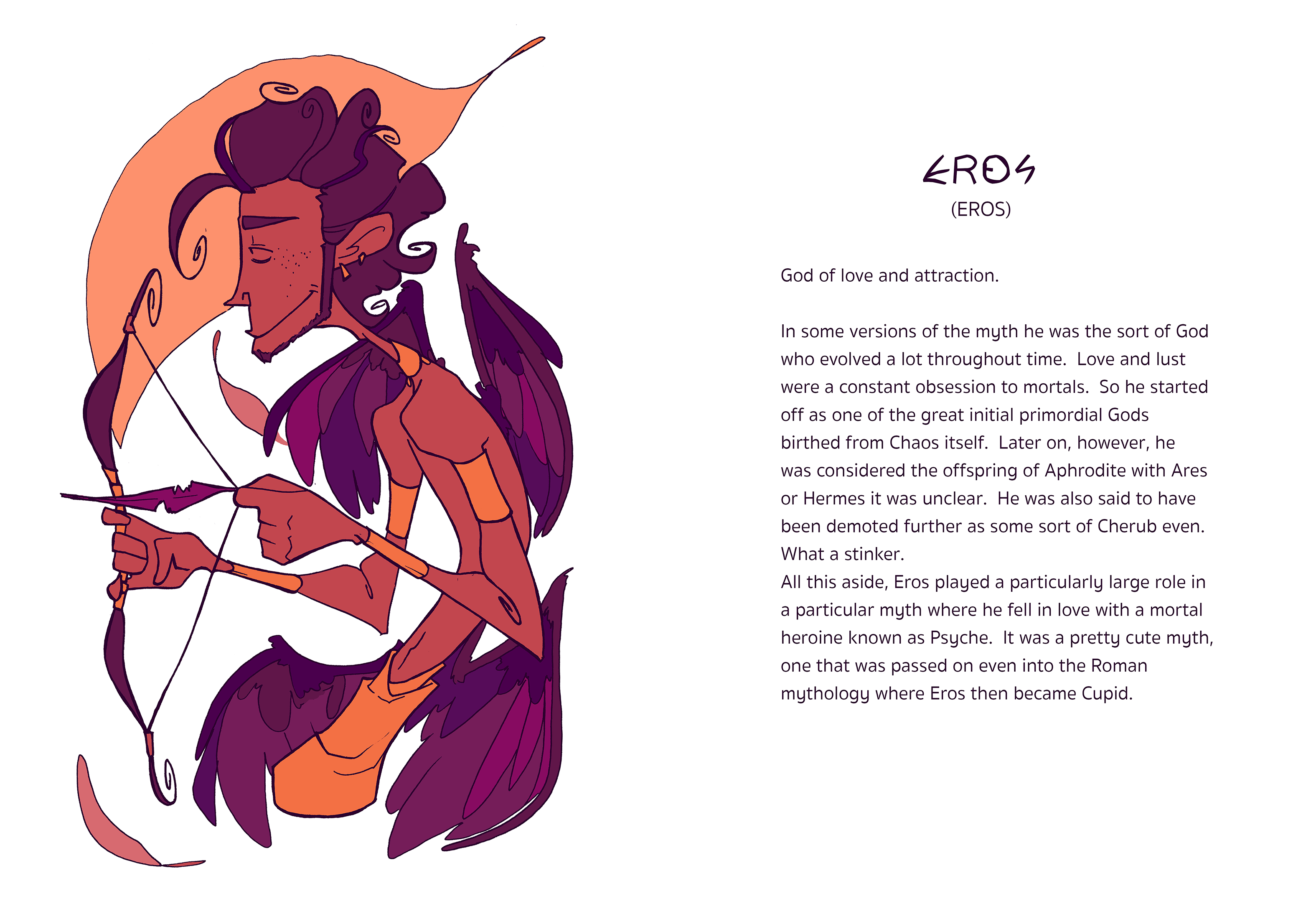 God of love and attraction.
In some versions of the myth he was the sort of God who evolved a lot throughout time. Love and lust were a constant obsession to mortals. So he started off as one of the great initial primordial Gods birthed from Chaos itself. Later on, however, he was considered the offspring of Aphrodite with Ares or Hermes it was unclear. He was also said to have been demoted further as some sort of Cherub even. What a stinker.
All this aside, Eros played a particularly large role in a particular myth where he fell in love with a mortal heroine known as Psyche. It was a pretty cute myth, one that was passed on even into the Roman mythology where Eros then became Cupid.