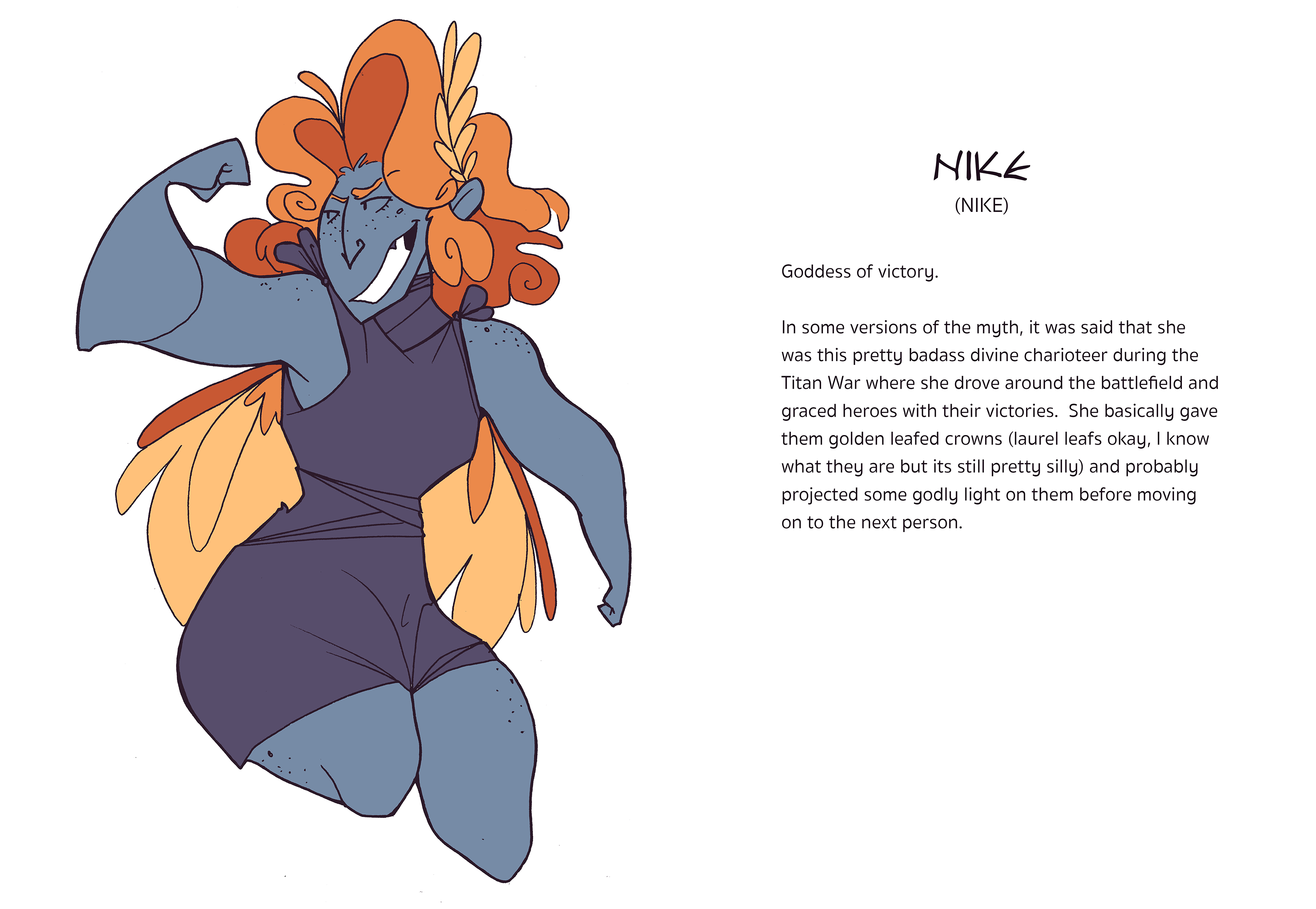 Goddess of victory.
In some versions of the myth, it was said that she was this pretty badass divine charioteer during the Titan War where she drove around the battlefield and graced heroes with their victories. She basically gave them golden leafed crowns (laurel leafs okay, I know what they are but its still pretty silly) and probably projected some godly light on them before moving on to the next person.