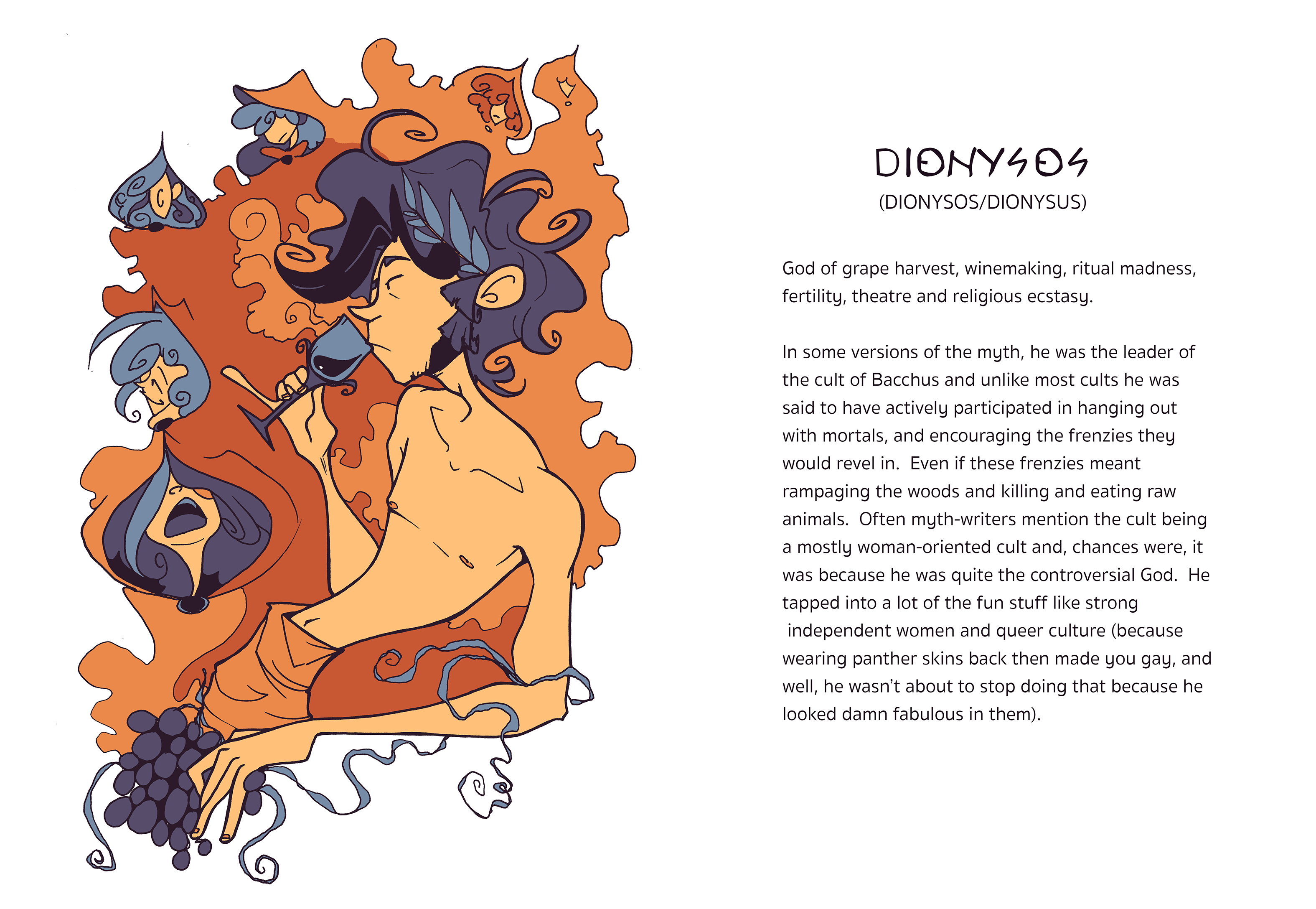 God of grape harvest, winemaking, ritual madness, fertility, theatre and religious ecstasy.
In some versions of the myth, he was the leader of the cult of Bacchus and unlike most cults he was said to have actively participated in hanging out with mortals, and encouraging the frenzies they would revel in. Even if these frenzies meant rampaging the woods and killing and eating raw animals. Often myth-writers mention the cult being a mostly woman-oriented cult and, chances were, it was because he was quite the controversial God. He tapped into a lot of the fun stuff like strong independent women and queer culture (because wearing panther skins back then made you gay, and well, he wasn’t about to stop doing that because he looked damn fabulous in them).