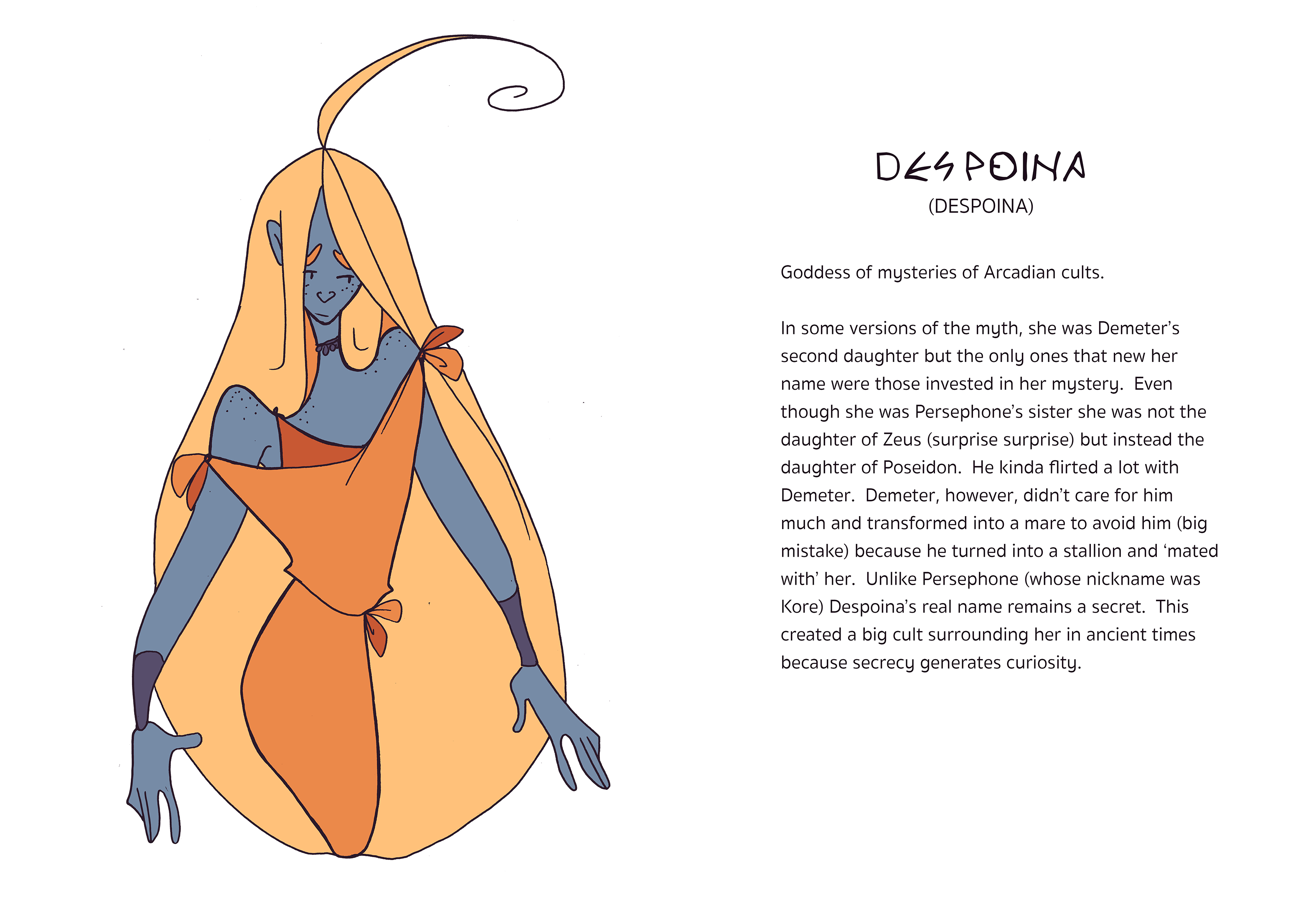 Goddess of mysteries of Arcadian cults.
In some versions of the myth, she was Demeter’s second daughter but the only ones that new her name were those invested in her mystery. Even though she was Persephone’s sister she was not the daughter of Zeus (surprise surprise) but instead the daughter of Poseidon. He kinda flirted a lot with Demeter. Demeter, however, didn’t care for him much and transformed into a mare to avoid him (big mistake) because he turned into a stallion and ‘mated with’ her. Unlike Persephone (whose nickname was Kore) Despoina’s real name remains a secret. This created a big cult surrounding her in ancient times because secrecy generates curiosity.